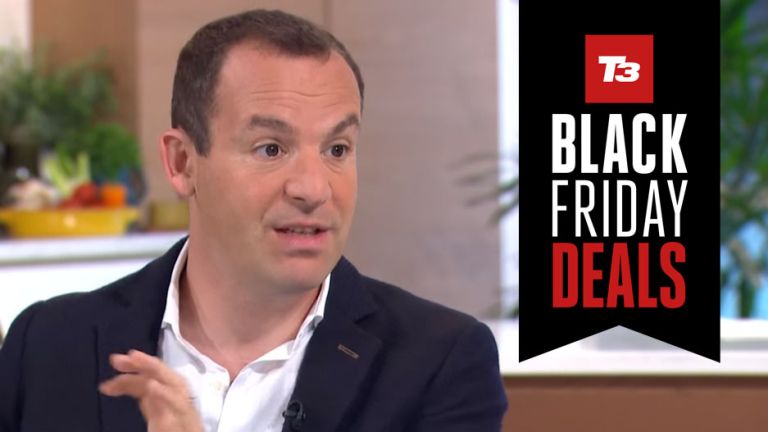 Martin Lewis knows his deals. The founder of Money Saving Expert recently took to Good Morning Britain to let savvy shoppers know what to expect over the Best Black Friday Deals period. On the plus side? He clued us in to some amazing Black Friday bargains. On the other, everyone now knows about them, so you'll have to move fast in order to grab a great deal, save a bundle and win Black Friday this year. Check out some of Lewis' pick of the Black Friday bunch below.

“Both already have ongoing deals, and have flash deals too on individual items." As two of the go-to Black Friday outlets, Amazon and AO.com are both full of incredible ongoing deals. Lewis picked out the Echo Dot on Amazon at a wallet-friendly £22, which you can check out below:

Amazon Echo Dot (3rd Gen) | was £49.99 | now £22 | Available at Amazon
The Amazon Echo Dot is the best selling and most popular smart speaker on the planet and, right here and right now in this astonishing Amazon Black Friday deal, you can pick it up for only £22, which is a more than half price cost reduction of 56%. What's even better is that you can take you pick of colours, too, and that delivery is totally free. A Black Friday bargain.View Deal

Boots Black Friday deals: up to 50% off

Lewis points out Boots' excellent deals, in which you can grab top-of-the-line products for up to half price. “For the past week," Lewis said, "Boots has had up to 50 percent off on fragrance, make-up and electricals in its Black Friday sale. No code is needed, the discount is applied to products automatically." We like the deal on the excellent Gillette Heated Razor, which slices a chunky £50 off the asking price. Find it below:

Gillette Heated Razor | was £200 | now £150 | Save £50 at Boots
Despite being sold as a slice of everyday luxury, it's hard to get past the fact that the Gillette Heated Razor is usually quite pricey. However it's tempting at £200 – just imagine your tired cheeks being caressed by its warmth each morning – and at £150 it's… more tempting. This deal will be gone by Cyber Monday.View Deal

The Body Shop Black Friday deals: up to 30% off

“Go online to The Body Shop and you can get 30 percent off most full-price items when you enter the code 14664, or show it in store." Better get cracking though, as these great discounts are only running until Tuesday December 3. Save on hundreds of favourite cosmetics and fragrances, such as one of our picks below:

Roots of Strength Firming Shaping Serum | was £32.00 | now £22.40 at The Body Shop
Save £9.60 on a Body Shop favourite by using the code 14664 online or in store. Designed to firm up and protect your face from the elements, the formula is infused with three root extracts, including ginger from Madagascar.View Deal

Debenhams Black Friday deals: up to 50% off

“Online and in store Debenhams have up to 50 percent off selected womenswear, menswear, electricals and toys, up to 30 percent off home and kids, and up to 20 percent off gifts from now till 11.59pm Monday 2 December." Tidy. Debenhams also have changing daily deals, so keep checking back to avoid missing out on the best toys for kids (and adults).

Lego Technic Chevrolet Corvette ZR1 | Save 40% | Now £24 at Debenhams
This is a great little Technic set – though at 579 pieces, it's not even that little, though is still aimed at ages 9+. Like all Technic cars, it has working steering, and even a moving engine: you'll see the V8 pistons firing as you move the car. It's full of authentic details true to the real car, too.

La Redoute Black Friday deals: up to 60% off

“Fashion retailer La Redoute has up to 60 percent off everything online. It’s on now till 11.59pm on Tuesday 3 December,” says Lewis. That's an enormous saving on great name brands like Levi's Converse and French Connection. "It could work out cheaper than going direct to that brand’s store," says Lewis, making La Redoute's deals worth checking out.

Levi's Jax Clean High Leather Ankle Boots | was £125 | now £62.50 at La Redoute
Slash 50% off these awesome men's boots with La Redoute's Black Friday deals. With real leather uppers and Levi's classic laid-back streetwear look, pair them with your favourite jeans for a classic cool look that will never go out of style.View Deal

Selfridges Black Friday deals: up to 20% off

Upmarket high street store Selfridges is one of the best places to scout for deals. “Online, enter the code SELFCCE and you can get 20 percent off from now till until 11.59pm on Sunday 1 December at Selfridges, or register your email address online and it’ll send you a voucher you can print to take in store," says Lewis. "Though beauty items are capped at 10 percent off.”

Bose QuietComfort 35 II | was: £299.99 | now £269.99) | Save: £30 at Selfridges
Selfridges has one of the best prices on the black version of the Bose QuietComfort 35 II headphones. It sounds excellent, with superb noise-cancelling and a button to summon Google Assistant or Alexa, and can be used to make calls. This deal won't last long.View Deal

Best Black Friday Sales From Around The Web