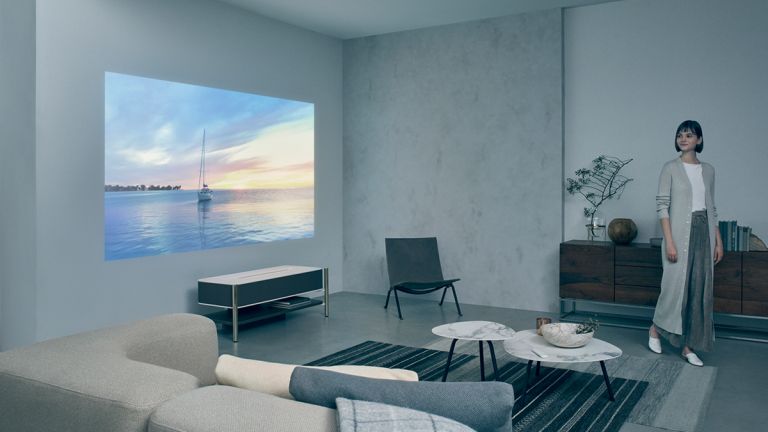 CES 2018 is all over bar the shouting, but that doesn't mean the fun needs to end. T3 has rounded up everything we loved from this year's show, and given the stand-out products a T3 Loves Award.

"What are T3 Loves Awards?" We hear you ask. Well, it's pretty self explanatory, so don't ask stupid questions, we reply. We've created an 'award' for things that we at 'T3', 'love'.

We hand these lavishly hand-crafted trophies only to the products we really, really like at CES and other shows and events. Thankfully, this year was packed with cool tech, so we had plenty to choose from, with everything from miniature wearable UV sensors to giant, wall-sized televisions.

Audio-Technica claims these buds are 'best in class', with 'crystal clear and natural audio performance, revealing a level of detail and clarity never heard before over a wireless connection.' Those are pretty bold claims for a pair of Bluetooth in-ears, but the Japanese brand has the know-how to make good on them.

We were big fans of the Beoplay H9 headphones, but B&O has improved its flagship headphones in pretty much every way. The Beoplay H9i look better, are more comfortable and, most importantly, sound better.

We were really impressed with Bosch’s Uncluttered Cockpit, which does what it says on the tin. Not only does it reduce complexity, improving how you interact with the car, but also cost. With the money and space saved, car brands will be able to cram in even more tech for us to play with.

With its blend of AI, over-the-air updates and biometric security, Byton is part car of the future, part smartphone on wheels. The e-car concept shown off at CES 2018 looks mightily impressive even if, on the long road to production, it's currently just pulling out of the garage.

Dell's most refined laptop has been buffed and polished to its finest sheen yet. The XPS 13 now features a 4K Infinity Edge screen, cooling tech filched from NASA, and is the most compact and powerful machine in its class. More crucially yet, it also comes in a new white and rose gold colourway, using innovative production techniques to create the white portion.

DJI has made the new version of its Osmo Mobile gimbal both better and cheaper, which always goes down well. Mobile 2 features improved battery life and easier controls, helping mobile filmmakers to smooth out their pans, dollies, establishing shots and noddies.

Garmin already rules the running watch kingdom with an iron fist. Now, the Forerunner 645 Music adds – obviously – music playback without the need for a phone to the usual roster of GPS and biometric data crunching. There's also Garmin Pay for contactless payments, so hopefully bank support for  that will be rolled out in the UK soon.

HP has built on the very well received HP Spectre 15 x360 with a solid spec bump and a delicious new 4K display. We also like the addition of a fingerprint sensor, since we're much too lazy to type in passwords.

At last, Virtual Reality without the need for a massive cable running down your back! HTC Vive's much-anticipated 2018 updates also include a 'Pro' version of the Vive with greatly improved resolution. This raises the philosophical question, is it real or is it VR? Well, we've checked, and it's real.

There's no sexier area of tech than home mesh networks, ahem, and Huawei's new Q2 system is a great example. Actually a combination of Powerline and Mesh WiFi, it looks like a very neat solution. Your satellite access points get full-speed internet access without the potential of wireless degradation from the hub.

Amazon Echo Show has a new rival, and it's packing Google Assistant. With a full HD display and all the usual Google goodies from Maps to YouTube, it seems like a surefire hit.

Google Assistant again, this time built into LG's new range of TVs. Up until now, 'smart TVs’ haven’t really been all that smart, but these are truly deserving of the title. Controlling your TV and your smart home with your voice just makes sense.

L'Oreal's UV Sense provides you with potentially critical information about your exposure levels to sunlight. Made in collaboration with influential and prolific tech designer Yves Behar, it's tiny, battery free, and almost more like human augmentation than gadgetry.

This well-designed mattress pad from Nokia will track your nocturnal habits, including snoring. What's really cool and innovative is that Sleep integrates with IFTTT, so you can have your lights turn off and your smart thermostat lower the temperature once you go to sleep, or have the blinds open as soon as you awake.

The Panasonic GH5S is a videographer's dream. It can shoot in resolutions all the way up to widescreen Cinema 4K (2160x4096 pixels), and massively improved low-light performance makes it incredibly versatile. There's no doubt the future James Cameron will be using one of these, or at least the future Zoella.

The Polaroid Pop is a winning blend of nostalgia and modern design. It captures memories in 20-megapixel quality, and prints them on ZINC zero ink paper. It's great for weddings and parties, ironic, hipster-style fun and those who like to get retro with their sexy photos.

There’s almost nothing more annoying than your mouse running out of battery, but the Razer HyperFlux Wireless Technology is here to fix that. It allows for mice to be not just wireless but battery-less, with a HyperFlux mouse mat supplying constant, uninterrupted power.

We were ready to hate The Wall, but my gosh, it’s impressive. This monstrous, 146-inch TV uses a new type of panel technology called microLED, which Samsung assures us is thoroughly superior to OLED. It’s modular as well, so if you find 146-inch tellies a bit piddling, you can add more Wall units and have an even bigger one.

Another route to a huge screen without excess clutter, this 4K Short Throw projector from Sony is built into a sleek, stylish cabinet with pumping audio supplied by a 360º 'Glass Sound' speaker. Placed just inches from the wall, it projects a gorgeous 120-inch image. Does cost around £23,000, admittedly.