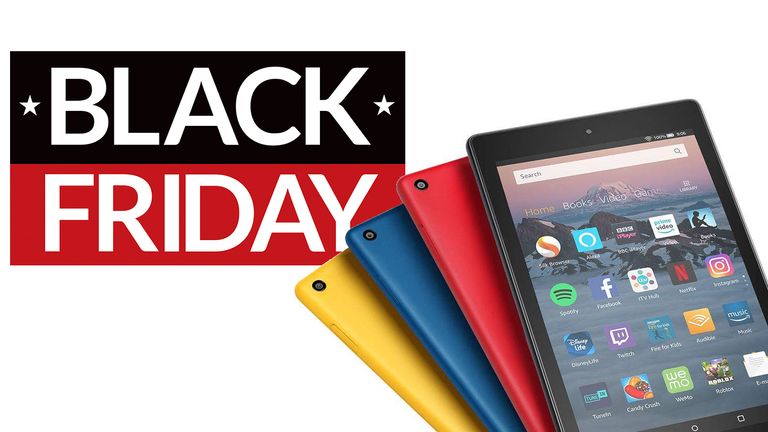 If you've been in the market for a quality tablet for you or as a present this Christmas then this sweet Amazon Black Friday deal on the well-received Amazon Fire HD 8 tablet is absolutely worth a look.

That's because Aamzon has just slashed 44% off the tablet's price, in each of its four colourways (Black, Canary Yellow, Marine Blue and Punch Red), in its Black Friday sale, meaning that right now it is retailing for only £44.99.

That's a tablet that delivers a crisp and bright 8-inch HD display, 16GB of internal storage, and a battery that can last 10 hours for one heck of an affordable price point.

And, as Amazon's Fire tablets make watching movies and TV shows, listening to music, reading eBooks and digital magazines, browsing the internet, undertaking some online shopping, as well as making video calls to friends and family, they are ideal gifts, too, with the slate delivering something for everyone.

The full details of this Amazon Black Friday deal can be viewed below:

Amazon Fire HD 8 Tablet | was £79.99 | now £44.99 | Available at Amazon
Amazon currently has its Fire HD 8 Tablet discounted by a going-on half price 44%, which means instead of paying £79.99 to score the slate, you only have to put down £44.99. That's a superb price on what we consider at T3 to be a well-built tablet that packs in-built Alexa, a crisp 8-inch IPS screen, a 12-hour battery life and 16GB of internal storage (expandable by microSD up to 256GB). The fact that you get a choice of colourways and free delivery just sweetens the deal.View Deal

Speaking on the launch of the Amazon Fire HD 8, T3's own Duncan Bell said:

"This can do the usual tablet type duties we know and like, but also transform into a voice controlled, graphically rich Echo Show. Add Amazon’s new dock and it even looks kind of like an Echo Show, at glance."

This is a great deal on a great tablet, so we advise you to move fast if you want to pick one up. Amazon tends to have a lot of stock for its own products, so we don't expect the Fire HD 8 to sell out, but what we do expect is deliverable units before Christmas to run out.