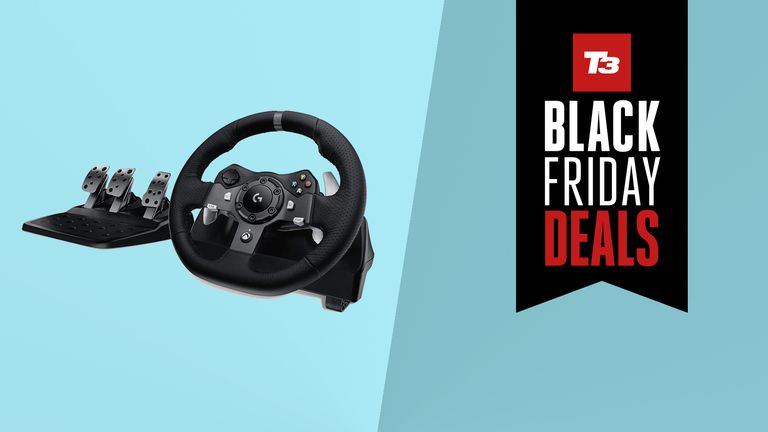 This one is for the gamers: save no less than £179 on this amazing Logitech racing wheel and pedal set. Amazon Black Friday deals have been going strong in the last 15 hours and this lighting deal has actually been claimed already – 36% of it anyway! If you like racing games on either consoles or on PC (even Mac), do yourself a favour and buy the Logitech G920.

The Logitech G960 is perfect for Xbox One and PC gaming titles. It simulates the feeling of driving a real car with precision steering and pressure-sensitive pedals. The pressure-sensitive nonlinear brake pedals provide a responsive, accurate braking feel on a sturdy base – with adjustable pedal faces for finer control.

You can turn the Logitech G960 wheels around in 900 degrees, just like a real Ferrari F1 race car. Feel your tires on every turn and type of terrain thanks to the powerful dual-motor force feedback that realistically simulates force effects so you can respond with precision.

Logitech G920 Driving Force Racing Wheel and Floor Pedals – Black | Black Friday price £119.99 | Was £299 | You save £179.01 (60%) on Amazon
Recreate real-life racing conditions in your living room with the Logitech G920 racing wheel and pedal set, compatible with Xbox, Playstation and PC, too. The pressure-sensitive pedals can be also customised to your liking and the 900-degree rotation of the wheels are just like a real F1 racing car's.View Deal