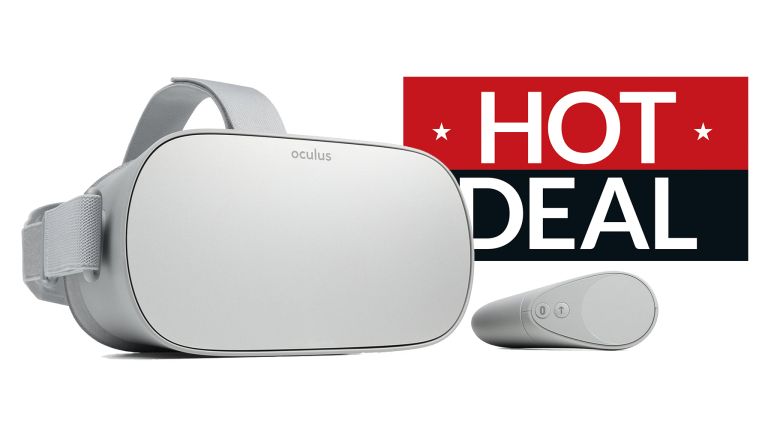 We've seen some top gaming deals this Cyber Monday, however this tasty discount on the Oculus Go VR headset is, without doubt, one of the best we've seen. It's a VR deal not to be missed.

That's because Argos is currently offering the headset for £30 less than usual for Cyber Monday, taking its price down from £199.99 to only £169.99.

Oculus Go 32GB VR Headset - White | now £169.99 at Argos (was £199.99)
What makes the Oculus Go so great is that it is a truly standalone VR headset, that requires no tethering to additional hardware like games consoles and PCs. The result is an incredibly portable and fun way to jump into the world of VR. What's also great is that right now, for Cyber Monday, Argos has knocked £30 off the cost of the Go, bringing its price down to a very attractive £169.99.View Deal

We very much liked the Oculus Go on review here at T3.com, concluding that it is the "affordable, complete VR system in a box is what the world has been waiting for." Enough said, really.