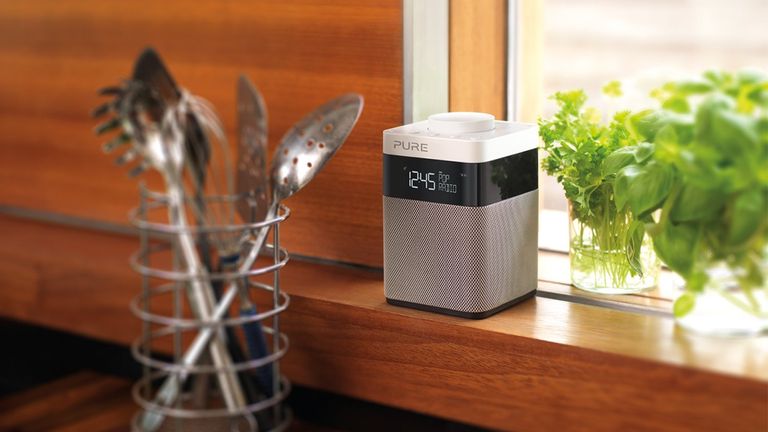 Every family, or friendship group, or office team has got one: the person it's really hard to think of a gift for. Either they seem to have everything, or they don't really want anything, or they're just so nondescript that your mind blanks out every time you think of them.

Well don't give up on buying them a Christmas present just yet, because we've got a bundle of useful suggestions for your perusal, tech gifts that are going to work for just about anybody, and without breaking the bank too. Scroll down for the full list.

The Dot can be found on just about every gift guide out there, and with good reason: it's cheap, it's smart, and just about anybody can get something out of it, because it has so many features. From looking up the weather to ordering a cab, from playing music to controlling your smart lights, it has a lot of strings to its bow - and if the person that you're buying for already has an Echo then it doesn't matter, because this will play nicely with it.

A gift to suit anyone has to be fun to use, easy to use, and applicable in a whole host of different situations - so enter the Mpow 3-in-1 Clip-On Lens Kit, which fits on top of most flagship smartphones from the last year or two to produce some funky photographic effects. The kit can create wide-angle shots, or fish-eye shots, or super-close-up shots, and can be set up in seconds. Just make sure they're compatible with the recipient's phone.

Another gift with broad appeal is this 3Doodler 3D Printing Pen, which can give people of any age and any level of tech-savviness a fun Christmas Day of sketching in plastic. Your friend or relative gets 50 coloured plastic strands in the box, so they can get started straight away, and the pen only takes a few minutes to set up as well. At the very least you'll score some bonus points for choosing a present that's a little out of the ordinary.

Surely everyone has at least one music or talk-based radio station that they enjoy listening to - which means the Pure Pop Mini DAB Radio is a suitable gift for all kinds of people in your life, from your boss to your nephew. It's compact enough to fit just about anywhere, the DAB radio reception ensures crystal-clear audio, and it comes with alarm clock and sleep timer functions as well. You can even use it with an optional rechargeable battery.

Here's something a little different for unwrapping on Christmas Day: a miniature drone that fits in the palm of your hand (or rather the palm of the person you're buying for). Despite the small size of the little flying machine, it has an on-board camera, and can be controlled via a smartphone app, with some automatic take-off and landing moves to get started with. At least it solves the problem of who takes the Christmas group photo shots.

USB sticks are one of those standard stocking fillers that you can give out to just about anyone in your life, and this SanDisk drive has the advantage of offering both microUSB and standard USB connections, as well as a generous 32GB of storage, and USB 3.0 speeds where available. It even works with Android smartphones and tablets that support the On The Go (OTG) standard, so you get a lot of features included for not very much money.

Who doesn't want the gift of extra battery life for their smartphone or tablet? The Astro E1 comes packed with 6,700mAh of battery juice, which is around twice what the average smartphone has, and works with any phone that comes with a USB cable. As an added bonus, you can pick this portable charger up in a choice of four colours, which means you can tailor your gift to suit the style of the friend, relative, or colleague you're buying it for.

As long as the person you're buying for goes travelling once in a while, you'll be okay with these Tagonce Luggage Tags, which use the magic of QR codes and NFC to embed your contact details and travel plans inside the app. You set up the tags using the accompanying smartphone app for Android or iOS, but anyone doing the scanning doesn't need the Tagonce app installed - just a smartphone that can correctly read a QR code or an NFC tag.

Who needs lighting? Everybody. So direct your gift-buying efforts towards this Veho Kasa Smart Light Bulb, which can be controlled by the tap of a smartphone app to appear as one of 16 million different colours, and can also turn on and off on a schedule. Even for those yet to dip their toes into the waters of the smart home revolution, this is a breeze to set up and use, and you can buy various different types of bulb to suit different lights.

Ah the old fallback of the gift voucher, which in the modern era can be bought and sent electronically, so it's perfect if you've left the shopping right until Christmas Eve. Some might see it as a cop-out, but is it, really? At least the recipient of your gift is going to be able to buy something he or she actually wants, which is all you can ask for. Most major retailers now sell these on the web, including Amazon and Tesco, so take your pick.