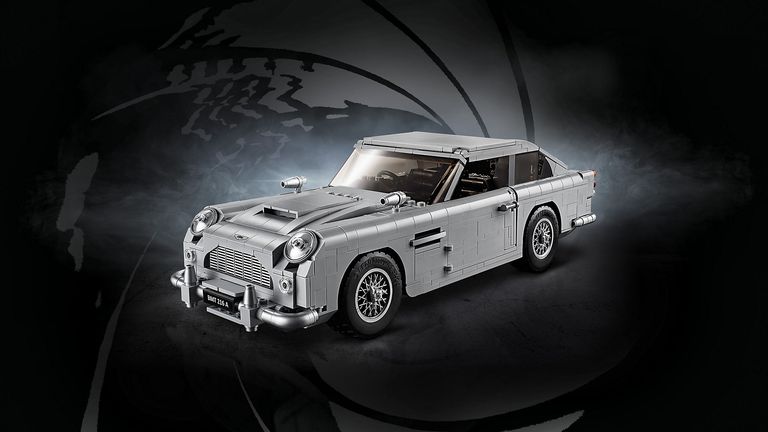 There are few things in life as satisfying as putting together a great Lego set. We've got the best picks here, from the Lego Star Wars series, to high-tech Lego Technics, Lego Harry Potter and Lego City.

Lego's really picked up recently as being great for mindfulness, so there are from ideal Lego sets for adults in the list – but also just some fun playsets for kids to put together and then throw around the room.

From James Bond to NASA, Lego has managed to license some of the biggest names in the world and turn them into plastic brick form.

But it's not just movies, Lego loves everything from tech-fuelled robots, to theme park attractions, to architecture, so we've rounded up the ones that you'll want to splash out on this year. Don't worry, you can always say you got it for the kids.

Lego Black Friday deals – what to expect
And don't forget we're now entering the season for Black Friday Lego deals! We think you'll see some great discounts on Lego Star Wars and Harry Potter sets, as well as some of more enticing Lego Creator sets – maybe including newer stuff such as the Lego Ford Mustang. We'll have all the best Black Friday deals of all kinds when the time comes.

These are the best Lego sets you can buy:

+Beautiful recreation of a classic car+Detailed inside and out+Can swap out parts to make it your own
Today's Best Deals
Low Stock
£119.99
View at John Lewis
£119.99
View at Lego UK
£122.99
View at Amazon
See all prices (4 found)

The iconic 1960s car gets a 1,471-piece Lego version that's one of the company's most enticing sets of all time. From the meaty front grille (complete with horse motif) to the barred rear lights, everything about it screams Steve McQueen levels of cool. The interior is detailed, plus there's a boot that opens, and you can see the detailed engine under the bonnet. Best of all, you can keep it road-ready, or swap in a super-charger, a duck-tail spoiler, beefier exhausts, and more.

Could we BE any more excited?

This has been a smash hit for Lego since it came out, and will probably be one of the most popular sets this Christmas: it's a full recreation of the famous coffee shop from Friends, complete with every little touch you could hope for: the menu, the wall hangings, the muffin display, the carpet… and, delightfully, Lego has designed it to look like a TV show set, including supporting pillars and studio lights. Most importantly, it comes with all six friends, in lookalike versions that range from the fun (Rachel's and Monica's season 1 hairdos) to the uncanny (everything about Ross).

This astonishing set is built to microfig scale – these are tiny Lego figures just one stud in width and about a centimetre tall. This means that when the 1m(!) tall full rocket is built, it towers over its occupants in an epic manner only befitting the craft that took humans to the moon. It’s built to mimic the real craft in as many ways as possible, meaning that it breaks apart into three stages (or fits into one full unit), and that the LM (lunar module) can be stored behind the nose cone as in the actual ship, or stood out on a little moonscape diorama. Similarly, there’s a little command module that sits on a Lego sea with floats around it, for the successful return to Earth.

It’s a kind of magic

One the one hand, this is a fun playset for kids to mess around with minifigs (including, Harry, Hermione, Ron, Draco Malfoy, Dumbledore, Professor Quarrel and, for the first time ever, Hagrid) in recreations of Hogwarts’ iconic dining hall, as well as a potion room and moving staircase. On the other hand, the meticulous detail that makes it look just like the movie vision of Hogwarts’ grand exterior makes it an excellent collectible for fans of the series of any age.

At 1.1m long, this giant model is nearly as menacing as the original Star Destroyer was on-screen. It looks incredible – using the Lego studs to add surface texture, but also packing in a mind-blowing amount of specific detail, from laser cannons to engines to even a bay underneath that houses a TIE Fighter, ready to launch. Adorably, it also comes with a tiny Tantive IV ship that it can overshadow, remaking the opening of the first film. There's a stand underneath that is part of the internal skeleton structure that holds the ship together – make no mistake about what a beast this is, and how good (and satisfying) it looks in person. We've built it, and it's just awe-inspiring.

As if a Lego Aston Martin DB5 isn’t cool enough on its own, this set lets you build Bond’s tricked-out model, complete with gadgets. Yes, once built, you can rotate the licence plate, raise the bullet-proof screen, pop out front machine guns and tyre-bursting blades from the wheels and eject unwelcome passengers, naturally. There’s even a detailed six-cylinder engine to view under the bonnet. At 24cm long when built, this is bog enough to be a showpiece without taking up tons of room.

Rome wasn't built in a day, but you could probably manage this bit of London

We love these little Skyline sets, that let you build iconic buildings in adorable miniaturised form. This London set includes Nelson’s Column, the London Eye, the National Gallery, Big Ben and Tower Bridge. We’re also very partial to the New York and Shanghai skyline sets, if you want to start a city collection…

Is there any sweeter combination of words in the English language than ‘Lego’, ‘pirate’ and ‘rollercoaster’? Maybe ‘3 sets in 1’, though that’s actually quite a lot of words, but it also applies here. Not only does this build a small rollercoaster with really fun-to-build pirate decorations, it can be rebuilt to two other designs from the instructions, which give you alternative theme park attractions to make. And yes, the cars really go around the track.

It's not just fun, it's eductional

What you're looking at here isn't your standard Lego set, it's five different programable models, which are all educational and fun. The Boost Creative Toolbox works in partnership with an app, which not only brings your creations to life, but also introduces basic coding. The five models include Vernie the Robot, the M.T.R.4 (Multi-Tooled Rover 4), the Guitar4000, Frankie the Cat, and last but not least, the AutoBuilder - an automated production line that really builds miniature LEGO models!

Three dino kits in one

This Dinosaur set is the best selling Lego set on Amazon. It's an attractive price, and is actually three sets in one. You have the option of creating a menacing T. rex, powerful Triceratops or a terrifying Pterodactyl. That's great VFM, if ever we saw it!

The biggest and most spectacular Lego Technic set is one hell of a creation. The 28-inch complete model has a motorised bucket wheel and conveyer belt, and you can rotate the structure using a joystick (and drive it on its tracks). It’s a huge project to build, and deeply satisfying… and then you realise Lego even provides instruction for a second model you can build from the same pieces (a processing plant) that’s actually even bigger (up to to 34-inches long).

+It's got tiny Lego made of Lego!+Will probably be a collector's item one day

Yes, it’s a Lego Store made of Lego! Turn around the detailed storefront to find an open back with detail inside, including tiny Lego constructions and Lego blocks with stickers on to make them look like Lego product boxes. This is Lego-ception, and it’s an amazing gift for a big Lego fan.

An old classic gets the brick treatment

This Beetle, complete with beach gear, is a really impressive model. The authenticity stretches to being able to see the engine in the rear, having the spare tyre in the front, and you can fold the seats. It comes with a bunch of licence plates, so you pick the right one, and you can choose whether the stack up to surfboard and coolbox or not.

We're glad they put this one out

A good-size Lego fire station (or police station, or hospital, all of which Lego still does) is a staple of childhood. This set features a fast-response car, helicopter and a full fire engine, complete with garages to house them in (and, more importantly, burst out of dramatically when the time comes). The central fire station part has a giant fire pole for the minifigs to slide down, and multiple floors, including bunk beds. There’s even a fire-laden hot dog stand for putting out, though three vehicles does seem overkill for that…

This is the set you're looking for

A perfect little set for Star Wars fans, this great recreation of Luke’s Tatooine runabout includes Luke, Old Ben Kenobi (and his lightsaber), and a Tusken Raider to fight off.