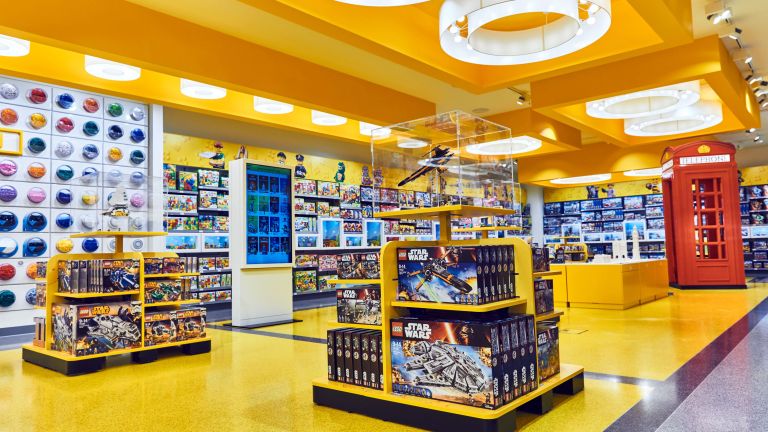 A cheap Lego deal can cut the cost of even the best Lego sets by up to 50%. The good news? You don’t need to wait for a Lego Black Friday deal at the end of November to make a saving like this. There are some excellent Lego offers around already – and you’ll find the biggest discounts here on this page

Whether you’re looking for a Lego-based Christmas gift for kids or adults, or just a present for yourself, we’ve got you covered. You’ll find the today’s lowest prices on the best Star Wars Lego sets, Lego Technic sets, Lego Harry Potter sets and more below.

The best Lego deals on our favourite sets

The James Bond Aston Martin lego set makes an amazing gift for a big Lego, car or movie fan. Alternatively, for kids we really love the Pirate Roller Coaster 3-in-1 set, which comes a functional roller coaster and pirate-themed props (it’s suitable for ages nine and over). We’re also big fans of the 3-in-1 Mighty dinosaur set (ages 7-12), which can be built into a T-rex, and then changed into a Triceratops or Pterodactyl.

The Pirate Roller Coaster and dinosaur sets, in particular, are subject to good Lego deals quite regularly (we’re expecting some brilliant Lego Black Friday deals on these) and are always great buys. Here are today's best prices on our favourite sets...

With more new Lego Harry Potter sets out this year, keep your eye out for great Lego deals on older Harry Potter sets – we think the Whomping Willow set (ages 8-14), in particular, will see some good Lego Black Friday deals. And if you see a discount on the Lego Hogwarts Great Hall set (ages 9-14), jump on it – it was one of the best sets of last year, and fits with the newer Hogwarts sets coming out.

The huge Lego Technic sets make fantastic gifts for anyone who loves machinery and a big project. You can build everything from Lego Bugatti cars and the iconic Mack Anthem truck with hydraulic lift (pictured above) to earth movers, boats and planes, all in ridiculous detail. However, smaller technic sets like the Ultralight Helicopter (8-14) and RC Volvo (ages 11-16) are also great for younger kids who want to get their head around engineering.

The Lego Technic line-up in the middle of a pretty big refresh, which means there could be some really juicy Lego Black Friday deals on a bunch of older models as they become replaced – you’ll find the best prices below.

It's the 20th anniversary of Lego Star Wars, and with the latest trilogy arriving this Christmas, 2019 is going to be big for these sets. We think the Lego Millennium Falcon Ultimate Collector Series (9+) is the best you can buy – you’ll see today’s cheapest price below – but the Lego Death Star Escape (ages 7+) is also awesome. Meanwhile, Luke's Landspeeder Building Toy (ages 7-12) is ideal for recreating action-packed scenes.

We expect to see a lot of Lego Black Friday deals on Star Wars sets this year – the older and smaller playsets in particular.

The best Lego sales ahead of Black Friday

Lego Technic Bugatti Chiron | | Now £174.99
One of Lego's coolest sets of the last few years is this incredibly detailed Bugatti Chiron, which includes a working eight-speed gearbox, steering, a moving W16 engine, detailed interior, and spoiler that raises and lowers. It was awesome at full price, and at 47% off, it's just astounding. Do not miss out on this.View Deal

Lego Hidden Side Haunted High School | | Now £61.99
Lego's Hidden Side sets mix augmented-reality play with traditional Lego sets. The 'Hidden' aspect goes double: first, this school playset transforms, folding and opening into a great monster. But also, you can play a game on your phone while pointing the camera at the set, which tasks you with hunting ghosts and physically interacting with the school to change things in the game. It's a very cool set in the first place, and has this great extra experience to it once built.View Deal

Lego Creator Pirate Roller Coaster | RRP £59.99 | Now £41.99
One of our favourite Lego sets – it's such a cool build for the price! It's a Creator 3-in-1 set, so there are three different theme-park rides to build, but we'd recommend it even if it was just the main one: it's such a cool, evocatively themed, working pirate coaster.View Deal

Lego City Downtown Fire Brigade | RRP £89.99 | Now £51.99
Lego fire engine sets never go out of style, and we love what a comprehensive playset this is. You've got a proper-sized building to save from a raging fire, a swivelling crane, a falling lampost, a load of minifigures and accessories, and (most importantly) four different fire and rescue vehicles. Kids can create so much peril and heroism from this one set, and it's an amazing price today.View Deal

Lego Technic Tracked Loader 2-in-1 | RRP £54.99 | Now £32.99
Build yourself a working loader vehicle with rotating cab, working boom and claw, two-speed winch and moving tracks… or create a tracked dumper truck from the same piece. It's a great bit of Technic mechanics in either form.View Deal

Lego Star Wars Droid Gunship | RRP £54.99 | Now £35.99
Battle for the home of the Wookiees with this detailed vehicle, which includes two droid figures, plus Yoda and Wookiee chief Tarffull. The droid ship fires stud missiles, and is great to mix with other Star Wars sets for big battles.View Deal