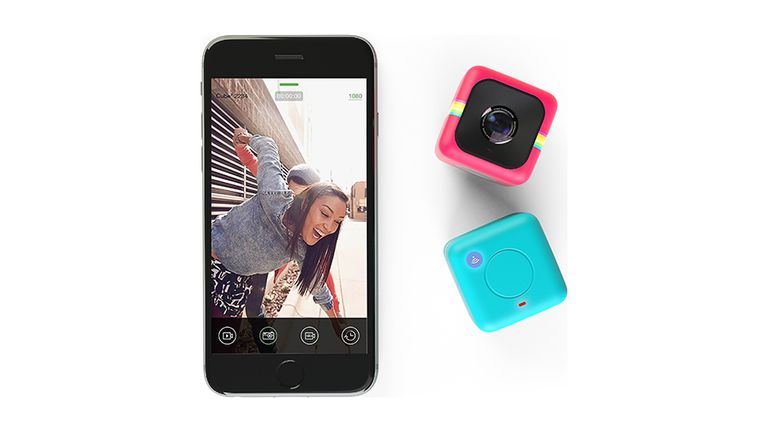 Think action camera and your mind probably drifts towards the GoPro range, but there are a growing number of competitors out there. For those who want a cheaper, more colourful alternative, Polaroid has just unveiled an upgrade to its miniature cam line called the Cube+.

The big story as far as new features go is built-in Wi-Fi. This means you can upload clips straight to the web via your smartphone as well as control the device settings and frame your shots using the accompanying app (iOS or Android).

There's no change to the maximum video recording setting (1080p) or the design of the camera (35mm square) but you do get a couple of new colours to choose from: "hot" pink and "glow-in-the-dark" green. These however are available only with the original Wi-Fi-less Cube, for some reason.

The Cube and Cube+ can be paired with a bunch of accessories for attaching to various bits of kit and keeping them waterproof, so they're an option if you want to pay less for your action cam and don't need top-end video resolution.

Polaroid says the Cube+ will go on sale in August in the US for $149.99, and you can expect the GBP conversion to be something close to that, though at time of writing it's yet to be confirmed.