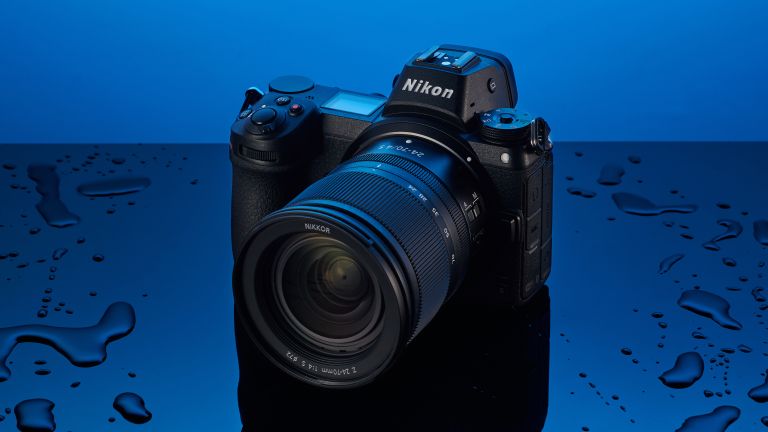 Once upon a time, owning a full-frame camera was the preserve of professionals - or perhaps those with bags of cash to spend. Nowadays, the prices have come crashing down, with more and more choice on the market making it a much more accessible format than ever before.

Full-frame simply means that the sensor is the same size as 35mm format film. That makes it one of the largest sensors on the market - beaten only by medium and large format, which are still out of the price ranges (and bag dimensions) of most ordinary photographers.

A large number of interchangeable lens cameras use the smaller than full-frame “APS-C” format, while compacts and smartphones use sensors which are one-inch or smaller.

Having a larger than average sensor is good news for a couple of reasons. A larger sensor means more light gathering capability, which is excellent for shooting when the light is on the low side. There’s also better control over depth of field, while dynamic range and colours also tend to be better.

It also used to be the case that full-frame sensors were only found in very large cameras, that were far from travel-friendly. With the advancement of mirrorless models in the past decade, we’ve now got (relatively) small cameras that still pack a large sensor, giving you a great option for something to have with you as often as possible.

How to buy the best cheap full-frame camera

It’s probably the case that if you’re looking for a full-frame camera, you’re already some way along your photographic journey. That said, with prices as low as they currently are, it could also be true that you’re coming to it with relatively little experience, too.

All of the cameras here are great for those who know they probably want to get a little bit more serious about taking pictures than they ever have before, but don’t necessarily have a huge budget to work with. You’ll struggle to find a full-frame camera for under £1500, it’s true, but compared to the prices of even 5 years ago, it still puts it well within the realms of affordability for hobbyists and enthusiasts.

Perhaps you’ve decided to move up to full-frame after a period of time shooting with an APS-C mirrorless camera or DSLR. In which case, you’ll likely be tempted to stick with the brand you already know and trust - there’s nothing wrong with that, but bear in mind that lenses aren’t always 100% compatible between APS-C and full-frame models. If you’ve got a lot of APS-C lenses, you might need to buy a new set - in which case, it matters a bit less if you decide to switch brands.

At the moment, there’s a heck of a lot of competition in the full-frame market, with innovations in the mirrorless arena expanding things hugely in recent years. The mirrorless market had only one full-frame player until as recently as the middle of 2018 - Sony. Now however, there’s also models available from Canon, Nikon and others.

In terms of affordable full-frame models, all of those here are solid “all-rounders”. In essence that means that you can use them for a variety of subjects and they will give you solid results, but you may have to compromise on certain areas. For example, none of these excel at sports or action shooting, while you also won’t find anything with a super-high resolution (but if you need neither of those things, then you’re saving money on features you don’t actually need).

We also appreciate that everyone’s definition of “affordable” or “cheap” is different. With that in mind, we’ve included a number of models at different price points, so that hopefully something will match your budget. It’s always worth considering older models too, or those that you can pick up second hand if you don’t have much to work with.

In terms of striking a balance between affordability and all-round quality, the Nikon has Z6 is quite probably your best choice, extremely closely followed behind by the Sony A7 III. Being as the latter is now in its third generation, it also gives you scope to go for older models if you can’t quite stretch to the latest. Also worthy of consideration is the Canon EOS RP, which offers excellent value and will likely to appeal to anyone already shooting with the brand.

You can get some great bargains if you’re happy to stick with traditional DSLRs, rather than go towards the mirrorless market. The Canon EOS 6D Mark II is a great workhorse that offers reliable output, while the Nikon D750 is an older camera but still offers a good range of specifications. Finally, the Pentax K1 II won’t appeal to everyone - but if you don’t feel swayed by the big brands, it’s one to consider.

Read on to find out how we rate each of those mentioned.

Nikon’s duo of full-frame mirrorless cameras have made a huge impact on the market as a whole. It felt like we’d been waiting for an age for the heritage company to get its act together when it finally unleashed the Z7 and the Z6.

Both share the same body size and form, but the Z6 has a lower resolution sensor than its more expensive brother. That gives it some bonuses though - it can shoot at 12fps, which actually makes it fairly decent for sports shooting, and with fewer pixels to cram onto the sensor, low light performance is damn good too.

The body of the Z6 handles extremely well, with highlights including the electronic viewfinder and the tilting touch-sensitive screen. In fact, there’s really not much to dislike about the Z6 - the biggest bugbear probably being the fact that the memory cards you need for it (XQD) are expensive and harder to find than the more ubiquitous SD card, for now at least.

Having been in the full-frame mirrorless biz the longest, Sony knows this market incredibly well. The A7 III is the third iteration of Sony’s “middle” model in the A7 line-up. That means that you get a cracking all-rounder with a superb heft of specs in an affordable body - what’s not to like?

There’s a great sensor which delivers top-notch images, a good battery life by mirrorless standards, great focusing and a frame rate of 10fps - which is actually not that bad for sports and action so long as it’s not your main priority.

Further good news is that if you need to stretch your budget a little further, you can still get older models in the A7 line up - take a look at the A7 II or even the original A7, particularly if you’re not bothered by shooting moving subjects.

A small and light full-frame model which delivers great images

-Not great for action -4K video limited -No image stabilisation

Canon didn’t exactly set the world alight when its entry into the full-frame mirrorless sector with the EOS R. However, it has managed to produce a very capable camera in the more budget-friendly EOS RP. Appealing to those already shooting Canon, you can use existing EF lenses via an optional adapter (which comes free at the moment), and you’ll be rewarded with a small and light full-frame camera that is a satisfying all-rounder that is pleasant to use in a number of situations.

Where it’s lacking may not trouble you depending on the kind of thing you do. 4K video shooting, for example, has a crop applied to it - but if you’re mainly concerned about stills, that won’t be a problem. Similarly, action shooting is not the RP’s forte, but if static subjects are your genre, happy days.

If you’ve so far been shooting with a DSLR, there’s a lot to be said for sticking with what you know. The larger size of the 6D Mark II, compared to say the EOS RP, gives you arguably better handling, with a chunkier grip and more space for buttons and the space between them.

The 6D Mark II is capable of delivering very pleasing images, and the camera on the whole is nice enough to use. The viewfinder, which is optical and offers only 98% coverage is a bit of a let-down, while the lack of 4K video might be off-putting to some.

It can be easy to write off the 6D Mark II in the face of newer mirrorless marvels, but if you’re looking for your first step in full-frame photography and DSLRs are where your heart lies - the 6D Mark II makes a huge amount of sense.

-Not great for action -No 4K video

If you’re primarily a stills photographer, especially one who shoots mainly static subjects, then cameras like the D750 still hold a lot of merit - especially at its current low price.

You get a great full-frame sensor and lovely classic handling, along with other great features such as a 100% optical viewfinder, a very capable AF system and superb battery life. Image quality holds up well against modern models, while the range of accessories and lenses for Nikon DSLRs is extremely extensive.

Ok there’s no 4K video shooting, and the frame rate is limited to 6fps, but if you’re somebody that primarily shoots landscapes, portraits, macro, and a host of other subjects, that won’t matter to you.

-No 4K video-Not great for action

This is a great all-rounder for those who don’t have their feet firmly planted in either the Nikon or Canon camp. Perhaps you’ve even got some old Pentax legacy lenses hiding in an attic somewhere.

For a very reasonable price, you get a high resolution sensor - higher than any others here - and a set of very usable and traditional controls that are great to use.

Image quality is very good, with some interesting options - such as Dynamic Pixel Shift Resolution mode for getting even higher resolution images. The body is also weather-sealed - making it a good option for outdoor and landscape photographers.

Other interesting features include a tilting and semi-articulating screen, a nicely capable AF system and dual memory card slots.

The Sony A7 II might be the best compromise between price, image quality and features. The A7 Mark II is a great update to the original A7 (included below). The main advantage of the A7 Mark II is that you'll get built-in optical image stabilisation – which allows you to get steadier shots in a wide variety of lighting conditions. It also means you can use a wider range or lenses and still get the benefit of stabilisation. Autofocus and start-up times are also faster than the A7, although, understandably, slower than the Mark III higher up on this list. The 117-point phase-detect AF system works in combination with 25-point contrast-detect AF to ensure sharpness no matter where the subject lies in the frame. It's a great system. This 24 megapixel CSC is also pretty small for a full-frame camera.

This is probably the cheapest full-frame camera we'd recommend getting, especially if the bulk of a ‘full-size’ full-frame DSLR puts you off. The small and lightweight Sony A7 is the original full frame mirrorless camera, and is now an absolute bargain. It does lack some competitive features, such as stabilisation, touchscreen functionality and 4K video, but the quality of the Raw images produced by the 24.3MP Exmor CMOS sensor continues to impress after all of these years. It's worth noting that the battery life on the original Sony A7 is particularly poor, but the camera's relatively low price means that you can pick up a spare battery or two as well.