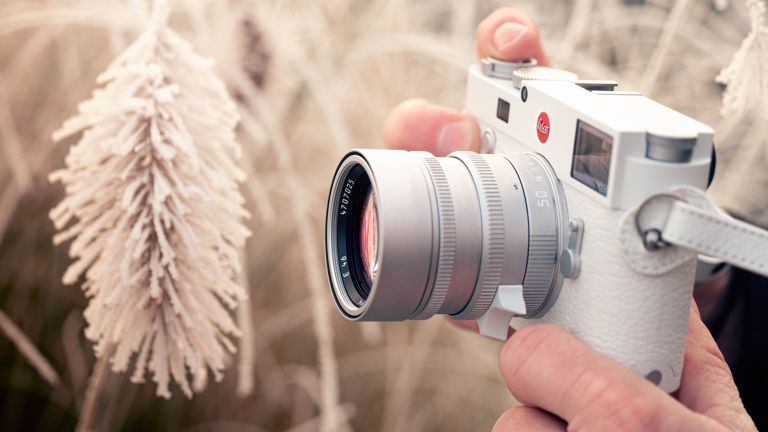 If you ever felt your Leica camera made you feel like one of the crowd, then fear not, because there's now an ultra-exclusive white version of the company's M10-P.

The camera takes cues from the Leica M8 White Edition, released back in 2009, of which just 275 were produced, and guess what? It's very white.

It features an all-white body - apart from the iconic red dot logo, of course -  with matching white leather strap, plus white lettering on the shutter speed and ISO dials, instead of the usual black.

Apart from those aesthetics (and its own unique serial number to set it apart from the regular M10-P), the camera is the same as the mass-produced darker version of M10-P.

This means the camera has a 24-megapixel full-frame CMOS sensor with near-silent shutter, a 3.0-inch touch screen display and 5 fps burst mode, plus Wi-Fi for sending photos straight to your smartphone or tablet using the Leica Fotos app.

The Leica M10-P White kit, which includes the body, strap and aforementioned 50mm lens, is priced at £12,750 and is available now from the London Leica Store.