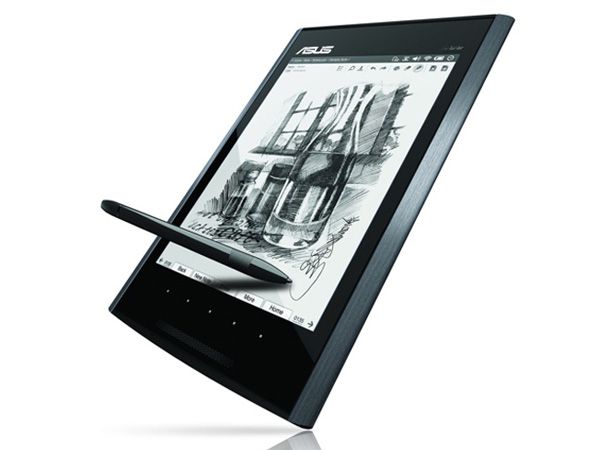 Has Asus found a niche in the tablet market?

You have to applaud a company who bring something new to the table. While all and sundry is currently doings its best to out-iPad the iPad, Asus has taken a step back and seen how they could do things differently. Enter the Eee Note, which is expected to debut at CES 2011 in January.

The 8-inch tablet features a 2,450DPI greyscale display with a revolution of 1024x768, meaning it look more like an ereader than a tablet PC at first glance. The Note is all about, well… notes, though. The bundled stylus will aid in taking handrwirtten notes and sketches, and the 2-Meg camera will allow users to attach pictures to their workings.

It's shaping up to be a real work-friendly tool. It'll also handle ebooks, as you'd expect - turning pages in a tenth of a second, but little is known about the Eee Note's computer spec or operating system. Estimates put it at a sub-£300 price tag, but only time will tell.

Has Asus got this right, or is it missing a trick by avoiding colour? Let us know on the T3 Twitter feed.