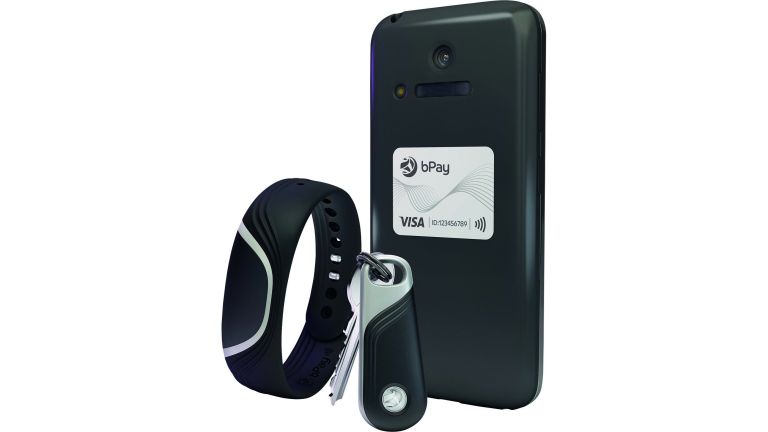 Apple Pay touches down in the UK in July, but if you're not sold on Apple's contactless method of buying things, Barclays has an alternative: bPay.

It consists of a wristband, keyfob and sticker, all of which contain the wireless chip necessary for contactless payments. In other words, tap said wristband, keyfob or sticker on a supporting payment terminal, and the payment will go through with no entering your PIN or signing your name, CNET reports.

You can stick the sticker on anything you want, including your phone. That means you won't need an NFC-equipped handset like the iPhone 6 or Samsung Galaxy S6 in order to make contactless payments from your handset (kind of).

Barclays is the only major UK bank not to support Apple Pay. By launching its own system, it wants the slice of transaction fee pie that Apple would otherwise gobble up.

To use bPay, you'll have to transfer money from your bank account to your bPay digital wallet. It's a shame it doesn't sync straight to your current account, but you can set it to top up automatically when you reach a certain amount, just like you can with an Oyster card. So you'll never be without sufficient funds. A new online portal and app lets you see your balance and top up the devices while you're out.

You don't have to have a Barclays account or use a Barclaycard either. The only requirements are that you're over 12 years old and have a UK debit or credit card from Visa or MasterCard.

Can Barclays succeed in taking on Apple? Cynics would say don't bank on it.

Check out our full features on Apple Pay and iOS 8.4 and 9