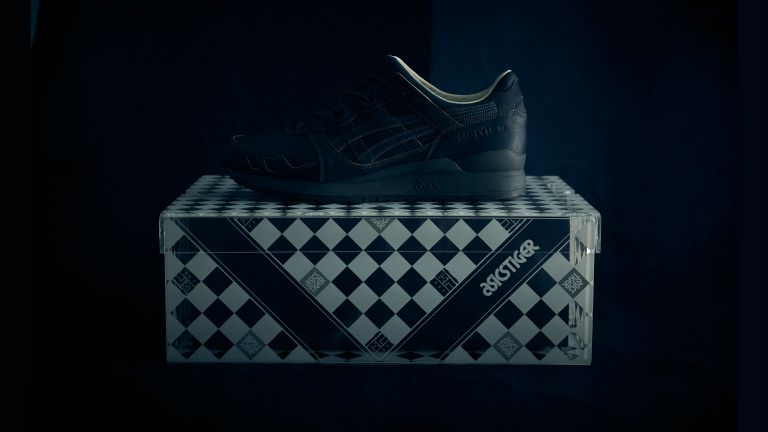 Asics Japan are shortly to release the GEL-LYTE III shoe from its Asics Tiger brand.

The GEL-LYTE III sport a "Made in Japan" concept, with its finely-detailed features, subtle handmade touches, and indigo dyed upper combining to reflect a commitment to Japanese quality.

According to Asics, each and every upper used on the GEL-LYTE III is made by skilled dyers hand-applying indigo dye to them, with the resultant unique colour depth and subtle variations adding a standout, recherché individuality to the shoe. No chemicals are used in the dying process also, adding to the handmade, non-industrial manufacturing process.

You can get a closer look at the GEL-LYTE III in the image gallery below:

It isn't just the dying of the upper that is Japanese either, with the leather cutting, sewing, shoe assembly and all finishing touches carried out in the Land of the Rising Sun, making the GEL-LYTE III incredibly genuine in its "Made in Japan" authenticity, both in construction and style.