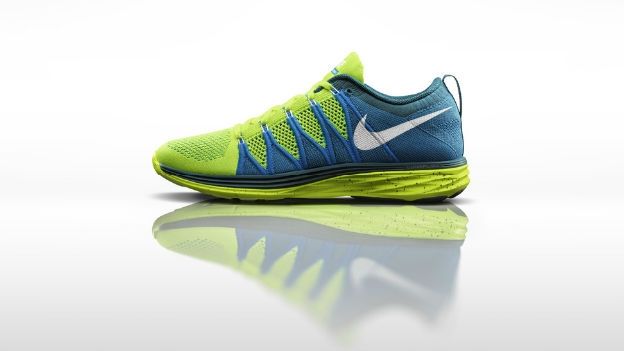 As February dawns, most New Year resolutions have been long forgotten. Especially if they involve pounding pavement in the cold outdoors in an effort to get fitter.

However, Nike's new version of its Flyknit running shoe, the Nike Flyknit Lunar2, could be the kicker that gets you up and out the door. It's been re-engineered by Nike's designers to offer more stretch and comfort than the Flyknit Lunar 1+.

The company used pressure map data to help create a new pattern on the outsole that, it believes, more closely matches the natural movement of the foot during a typical running stride.

More cushioning has been added to the Lunarlon foam that forms the base of the trainer while the Flyknit upper provides support and ventilation. The tongue has been attatched to the upper to keep it in place while running.

“The Flyknit Lunar2 brings two of our best innovations and technologies together in one package,” said Rob Dolan, senior design director at Nike Running.

“You get the responsive, fluid ride of Lunarlon cushioning with this amazing, light but supportive upper through Flyknit. Those two things together are a magical combination.”

The Nike Flyknit Lunar2 will be available to buy for £135 from February 6, and like other Nike trainers, can be customised on the company's website.

In the meantime, check out our roundup of the best running shoes to buy in 2014 here.