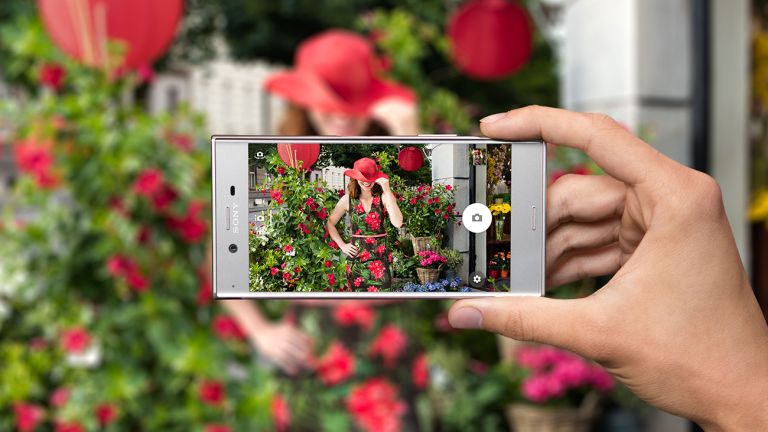 The most exciting new phone is the flagship Xperia XZ (and that's flagship to the X range, not an overall Sony flagship). The aim with this device is to give you a more intelligent, personalised smartphone experience, according to Sony.

The companyclaims that the camera inside the XZ is one of the most advanced cameras ever put inside a smartphone. It has not one, but three image sensors: Sony's 23MP Exmor RS sensor for high image quality and Predictive Hybrid Auto Focus, combined with a Laser Auto Focus sensor for better AF in low light, and anRGBC-IR sensor for extreme colour accuracy. Sounds pretty great, but we'll have to wait and see if it can challenge the excellent Samsung Galaxy S7 in the best smartphone camera stakes.

Elsewhere in the camera department, it has 5-axis image stabilisation for video (that's really impressive for a smartphone), and 13MP front facing camera for pixel perfect selfies.

The design is very much like every other Sony Xperia smartphone - slab-like. It has a 5.2-inch display and "Alkaleido"metal back. There's an attractive Forest Blue colour, as well as the classics Mineral Black and Platinum.

The phone is water resistant, and features a fingerprint sensor on the side of the device. Itruns on Qualcomm's Snapdragon 820 processor.

Finally, Sony has made a stab at some intelligent software with the aim of making your life easier. First up is Qnovo adaptive charging, which monitors and adjusts the charging current to avoid damaging your battery. There's also Battery Care, which controls the charge based on your habits, and avoids excess charging by pausing at 90-percent - only completing the charge just before it's needed. They both seemlike a good move, and should increase the life of your battery in theory. There's also Smart Cleaner, which cleans the cache from certain apps whilst maintaining optimal performance at all times.

The Sony XZ will go on sale October 2016, with pricing for the UK yet to be announced.

The Xperia X Compact is similar to the XZ, it has the same camera and software, but has a smaller 4.6-inch screen.