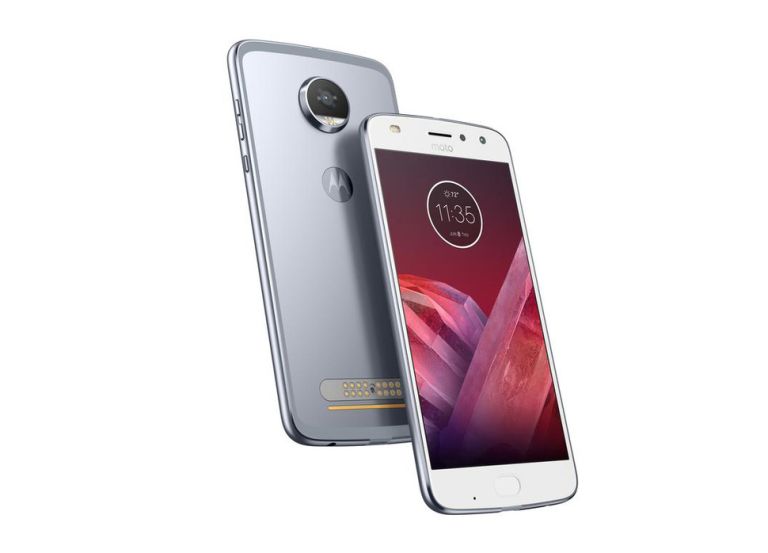 Lenovo has finally officially announced the Moto Z2 Play. After almost putting the rumour mill out of action for leaks the Z2 Play is finally here and the smartphone is packing enhanced specs plus the bonus of being modular.

The Moto Z2 Play is modular meaning you can attach other extras to enhance your phone to suit your needs. New mods launched with the phone include, for $79 (£61), a Moto GamePad, a JBL SoundBoost 2 and a Turbo PowerPack plus, for $39 (£30) Moto Shells with wireless charging. Cool extras but what about the phone itself?

The Moto S2 Play features a 12-megapixel dual-autofocus rear camera with f/1.7 aperture plus a 5-megapixel front-facing selfie snapper complete with flash on the front.

The handset is juiced by a 3,510mAh battery despite the phone offering a 5.9mm thin form complete with a fingerprint sensor and gesture navigation smarts.

The Moto Z2 Play will launch in the US by early July for $499 with an expected UK release in July for around £449. The new Moto Mods will be available in July except for the GamePad that’s due later this summer.

Check out these Moto Mods