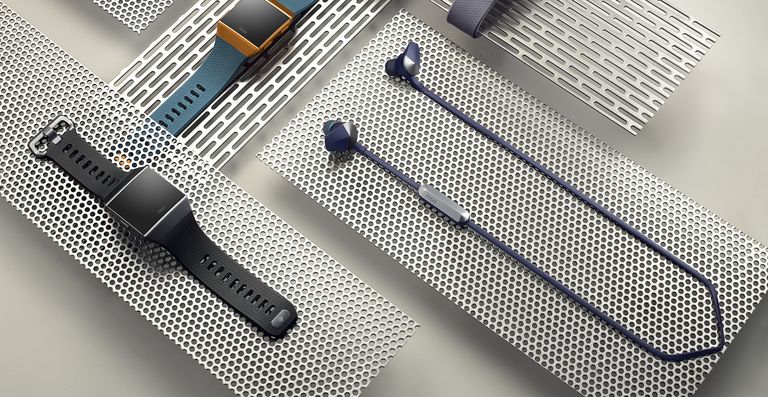 Alongside the reveal of a brand new fitness wearable and revamped app, Fitbit has also unveiled its first ever set of Bluetooth headphones, the Fitbit Flyer. Featuring a durable, sweatproof design and customisable fit, the headphones include Waves MaxxAudio tech with two sound profiles to personalise the listening experience.

With seamless connectivity to Fitbit’s latest Ionic smartwatch, you can listen to your favourite music and all top stations all without the need to carry your phone! Fitbit Flyer will be available for pre-sale from today with a price tag of only £109.99.

Garmin has just added to its growing range of cycling-focused tech with the Edge 1030, a high-end cycling computer that crams enhanced navigation into a lightweight design. Using billions of miles of ride data from Garmin Connect, new Trendline popularity routing software provides you with the best on and off-road routes possible, enabling you to ride with greater confidence.

Add that to its clear, outdoor ready 3.5 inch hi-res touchscreen (that even responds to wet, gloved fingertips) and you've got one formidable riding companion. The Edge 1030 will retail for £499.99. A bundle option, which includes a premium heart rate monitor as well as cadence and speed sensors, costs £549.99.

Elgato's Eve Thermo smart thermostat is getting an update, with its second generation version introducing capacitive touch control and integrated temperature display of the target temperature. Furthermore, Eve Thermo can even be controlled via schedules, HomeKit automations, Siri, Apple Home and the Eve app.

As with all Eve family products, HomeKit is natively supported by iOS devices. Meaning all Elgato Eve products work right out of the box, without spending extra on a bridge device or starter pack. The Elgato Eve Thermo will be available on 26 September, priced at £59.95.

The latest OptiMUM kitchen machine from Bosch gives you a helping hand in the kitchen with intuitive technology and an incredible assortment of accessories, making it the only kitchen appliance you’ll need on your worktop.

You'll love its in-built SensorControl Plus (which will automatically know when to stop mixing egg whites, cream and dough). Once the mixture has reached its perfect consistency, the OptiMUM sensors will stop the mixing mechanic, an Integrated Scale (which weighs as you go with no need to stop and calculate quantities before cooking or baking) and 3D Mixing tech that swivels at a precise angle leaving nothing stuck to the side of the bowl.

Stay on point with the AnySharp kitchen knife sharpener

Sick of blunt knives in the kitchen? Time to invest in your very own sharpener. With the AnySharp, there’s no need to fear if you’re not an expert in the craft of knife sharpening. Simply place the knife in the AnySharp at its pre-set 20-degree angle, and brush the knife with easy, light strokes. You will get professional results every time!

Still concerned about your safety? Not to worry, as the AnySharp’s PowerGrip suction cup base will keep it secure to any worktop to prevent any slips. The AnySharp is available online for Amazon at £14.99 (in fact, it's currently under £10 so get on it).