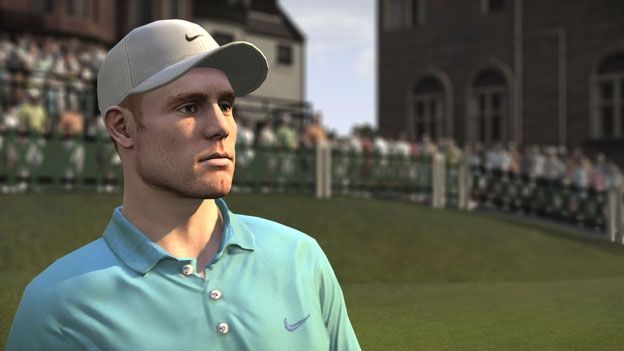 With an abundance of excess cash and plenty of spare time professional footballers are famed for their love of golf. EA Sports has confirmed it is to play on this stereotypical passion and introduce “Football Fourball” features to the upcoming Tiger Woods PGA Tour 13.

Allowing gamers to the swing the irons as a selection of Premier League footballers, the new Tiger Woods PGA Tour 13 Football Fourball feature will see Wayne Rooney, Theo Walcott, James Milner and Petr Cech trade their boots and shin pads in for a pair of slacks and a set of clubs.

The Football Fourball DLC, which is exclusive at launch to those gamers who pre-order the latest Tiger Woods offering from Blockbusters, will see users also handed access to the US Fourball content which sees ice hockey legend Jeremy Roenick joined on the fairway by American Football Hall of Fame entrant Marshall Faulk, boxer Sugar Ray Leonard and basketball super-star Dwight Howard.

Allowing users to swing their arms in order to make a shot in the game, Tiger Woods PGA Tour 13 is set to incorporate Kinect compatibility features with gamers able to stand face on to the screen swinging their arms sideways to replicate a golf shot.

With Kinect enabled voice commands further reducing the need for a physical controller, the upcoming addition to the Tiger Woods gaming collection is set to feature an all new game mode entitled the Tiger Legacy Challenge.

“Tiger Legacy Challenge will let you relive first-hand Tiger Woods' most memorable golf accomplishments as he rises from a child prodigy to a golfing legend; starting from Tiger's appearance on the Mike Douglas Show when he was just two years old,” an official EA Sports spokesperson has said.

“Your challenge throughout the mode is to play through Tiger's historic career and then help him reach his ultimate goal of breaking Jack Nicklaus' fabled major championship record.”

Set to land in the lead up to the first golf major of the year, the 2012 Augusta National, also known as the Masters, a Tiger Woods PGA Tour 13 UK release date has been set for March 30th.

Continuing the dominant gaming franchise, the latest addition to the Tiger Woods branded series will land with a £39.99 price tag. A Masters Special Edition copy of the game will be available for £44.99.

Are the Tiger Woods titles one of your annual must buy games? What features would you like to see introduced to the sports themed franchise? Let us know via the T3 Twitter and Facebook feeds.