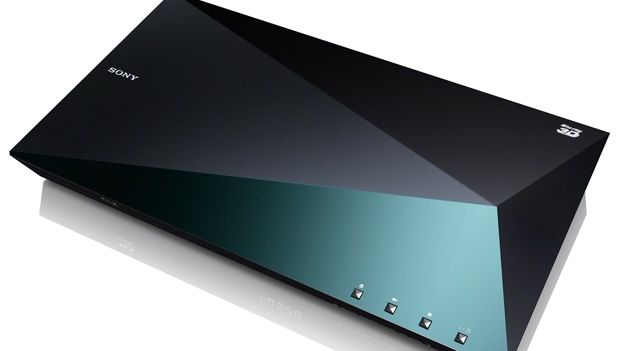 Sony is looking to turn heads at this years CES by unveiling a rather different-looking flagship Sony's BDP-S5100 Blu-Ray player. While it ditches the style of previous models, it still has an impressive feature set compete, with DVD upscaling and 2D to 3D conversion.

With a design that comprises of lots of straights lines and an almost pyramid like top it will certainly stand out underneath your TV.

Wi-Fi reception has been boosted over last years model so all sorts of On-Demand streaming services, like Netflix and YouTube, should be much improved. The optical drive has also been fully encased this time around to avoid anything uninvited getting caught in it.

Sony is also looking to make watching TV the new way to exercise as it will launch a Fitness and Wellness channel on its Sony Entertainment Network later this year. Who said sitting on the sofa was lazy?

Sony have said that they will announce a release date and pricing during the Spring.