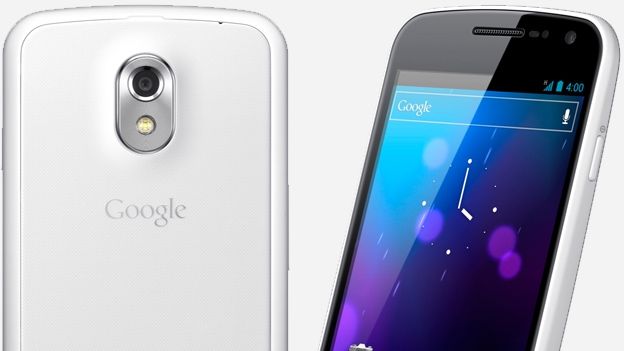 The white Samsung Galaxy Nexus has started shipping in the UK ahead of the Android 4.0 handset's planned February 13th release date

The white Samsung Galaxy Nexus has begun shipping in the UK ahead of the handset's recently announced February 13th official release date.

Confirmed earlier this week by Samsung as heading to the UK, the white Samsung Galaxy Nexus has brought its lighter hued Android 4.0 innards to British soil earlier than expected with the device original pegged to make a pre MWC 2012 appearance next Monday, February 13th.

“After much speculation, we are pleased to announce the availability of the Galaxy Nexus White which follows the great reception the phone has received since it was launched back in November,” said Simon Stanford, Samsung's UK and Ireland head of the Telecommunications and Networks Division in unveiling the device.

“One of the things we at Samsung pride ourselves on is the choice we offer customers, and we've enjoyed huge success to date by introducing white variants of our most popular models to our product portfolio.”

Boasting a bevy of high-end specs the Galaxy Nexus features a hefty 4.65-inch Super AMOLED HD display with a 1280 x 720p resolution alongside a 1.2GHz processor and 1GB of RAM.

On the rear the Galaxy Nexus hosts a fully optimised 5-megapixel camera with 1080p Full HD video recording capabilities and a second 1.3-megapixel snapper residing on the front. The handset is available in 16GB and 32GB storage capacities.

The white model is priced the same as its black counterpart, currently priced on Amazon for £479 (16Gb model) while Vodafone, Three and O2 all offer the handset on subsidised contracts.

Already snapped up the Samsung Galaxy Nexus? If not, will the white model prove too tempting? Let us know in the comments below.

For more Google videos and all the latest tech videos, head to the T3 Video Channel