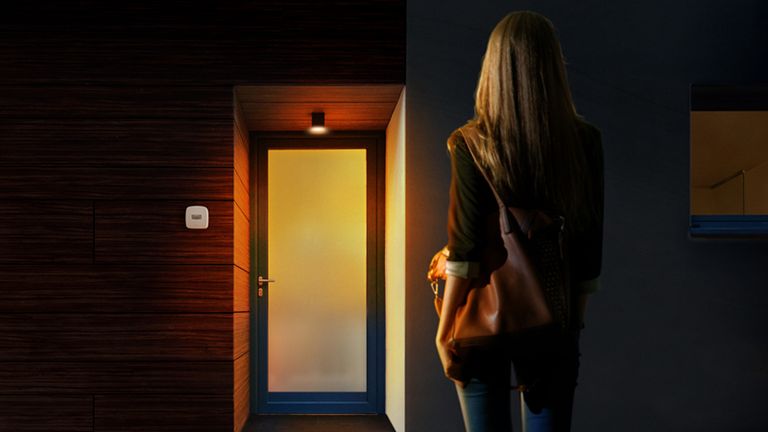 Finding the best smart sensors for your home in 2020 can involve a lot of shopping around – but we've taken care of much of the hard work for you with this comprehensive guide. You'll be keeping your home safe and secure with some affordable and easy-to-use sensors in no time.

Get the best smart home sensors installed and they'll ping your phone whenever something suspicious is detected – so you don't need to be worried while you're out, whether that's on holiday or at the office.

A lot of the sensors listed here come as part of larger smart home systems from major brands such as Samsung, Philips and Hive. In some cases you might need to install a central hub to get everything connected.

Whether you're after the best smart motion sensors in particular, or wanting to install something else, here are our top picks for the best options in 2020. Get these installed now, and get an instant smart home upgrade.

Our pick of the top smart home security sensors

Tell when doors and windows have been opened – in an instant

The Hive Window or Door Sensor is part of British Gas' popular Hive smart home system, which also includes the Hive Smart Thermostat and other goodies. Like most of the other sensors here is relies on a central hub to work (rather than connecting to your smartphone or tablet individually) so you’ll need to factor in these additional costs at purchase time.

In practice, however, you probably only need to buy door or window sensors for the most vulnerable doors and windows, with wireless motion sensors (see below) covering other spaces.

Fixing the Window or Door Sensor requires no special skills – you just attach pop in a lithium battery, make sure the sensor can be picked up by your smartphone or tablet, choose a location name ('front door', for example) and then attach each part of the sensor to the relevant part of the door or window frame using the self-adhesive pads.

From then on, every time the door or windows is opened, you'll receive an alert telling you what's happened. You can also use the Hive smartphone app to quickly check all the doors and windows fitted with a Window or Door Sensor are closed before you leave home.

It's a simple system that works well, and definitely one of the best sensors that we've come across. Note that you don't have to be a British Gas customer to use Hive kit.

One of the best smart motion sensors money can buy

+Easy to install and reliable+Can be used in all kinds of scenarios+Runs from batteries
Today's Best Deals
£29.98
View at Currys PC World Business
£29.99
View at Amazon
£34.99
View at GAME
See all prices (5 found)
448 Amazon customer reviews
☆☆☆☆☆

Let's get the obvious bit out of the way first: this only works with a Philips Hue smart light set, so it's only going to appeal to a certain subsection of buyers. That said, it works very well, doesn't cost much, and can be placed just about anywhere thanks to two AAA batteries powering it.

If you need to, you can combine two or more of these sensors together, to turn the lights on and off as you walk up the stairs for example. You will need a Hue Bridge plugged into your router, but that should've come with your lights.

What makes the Philips Hue Smart Motion Sensor really impressive is not what it is but what you can do with it – the Hue app for smartphones lets you set up all kinds of routines and actions, so you can save energy when there's no one in the room and turn the lights on automatically whenever someone is.

Another home security favourite, motion sensors use infra-red technology to detect movement within a room or space, triggering an alert when it is detected. At one time motion detectors had a reputation for creating false alarms, although technological improvements now make that less likely. Most motion sensors are adjustable too, so if you do have a false alarm you can adjust its sensitivity so it doesn't trigger next time.

As you'd expect, the British Gas Hive Motion Sensor does send a notification to your smartphone or tablet every time it detects movement, just as it's supposed to. However you will need to partner it with a Hive Hub for it to work – so it's best fitted as part of a whole Hive Smart Home system (you don't need to be a British Gas customer for this though).

The Hive Motion Sensor itself is easy to set up – simply pop in a battery, register the device and its location using the Hive app, then place it in a suitable location, either using the sticky pads on the back of the device itself or by placing it free-standing on an object such as sideboard or table.

Like most Smart Home systems you can use the Hive Motion Sensor to trigger further actions – such as automatically switching on a light when it detects movement, for example.

You can also track movements picks up by the sensor over time. That can be handy if you're keeping a virtual eye on a elderly relative, for example, and want to check that they're active without actually 'spying' on them.

This square-shaped motion sensor is part of Eve Systems' smart home range, which is aimed at Apple users, and as such it relies heavily on Apple's HomeKit. While the Eve Motion can send alerts to you when you're at home using Bluetooth, when you're away it relies on the 4th-generation Apple TV (or an Apple HomePod) to send alerts outside the home – and that might be a deal breaker for some.

Having said that, the Eve Motion is a powerful piece of kit. It's easy to set up and use, with the accompanying Eve app for iOS 10.3 or later enabling you to use the Eve Motion to set a complex chain of events in motion (automatically switching on lights and heating with other compatible devices, perhaps, when you get home).

The Eve Motion also has a longer viewing distance than the Hive Motion Sensor (9m vs 6m) and a slightly wider field of view (120 degrees vs 110). We also prefer its more elegant design.

Keep an eye on what's going on – literally

If you're looking to keep an eye – literally – on the goings-on in and around your home, then the Fibaro Motion Sensor could be the best smart sensor for you. Powered by a CR032 battery and totally wireless, the 5cm semi-spherical 'eyeball' sensor can be placed almost anywhere.

It offers four main functions: it can detect movement, temperature, light and vibration, and then alert you either via the free Fibaro app or by flashing its multi-coloured 'iris' (with the colour of the iris serving another purpose as a temperature indicator). Innovative then, but a bit weird…

There's more to the Fibaro Motion Sensor than that, though: it can automatically fire up your smart home lighting, or switch it down or off when it detects movement, and can also be set to switch lights on or off automatically by detecting the amount of ambient light in a room.

You can also include it in any smart home 'scenes' you’ve created – so you could have it automatically set the lights to come on when at certain times or day or night, for example. The Fibaro Motion Sensor is available in two different versions – one for Z-Wave compatible systems (including Amazon Echo and Samsung SmartThings) and there's also a HomeKit version for Apple fans.

Find out where your loved ones are

+Works with Samsung SmartThings products+iOS and Android compatible+Compact and easy to use
Today's Best Deals
£124.01
View at Amazon

The Presence Sensor is one of the smarter smart home objects for a very simple reason: resembling the Tile's wireless key finder, it's a Zigbee-enabled key fob that you can attach to or place inside a loved one's belongings and then have it trigger an alert every time they either arrive at or leave home.

On the face of it, this sounds slightly stalkerish, but the Presence Sensor is also a little cleverer than that.

For one thing, the Presence Sensor is part of Samsung’s SmartThings smart home range, which includes things like smart plugs and motion sensors, so it can be used to trigger custom events – such as automatically switching the lights on when your partner or other members of your household nears home.

It's also handy for keeping tabs on pets or elderly relatives who have a tendency to wander from home. If you're after one of the best smart home sensors of 2020, get this one down on your shortlist.

No one wants to discover parts of their home frozen up or covered in water, and the Honeywell W1 Wi-Fi Water Leak and Freeze Detector can give you a useful heads up about water leaks, extreme temperatures, and issues with humidity.

There's a 1.2-metre cable to wrap around pipes that you think might be vulnerable, and all you need besides that is a Wi-Fi connection and the Honeywell app on your phone. It couldn't be much easier to set up.

If a problem is spotted then the 100 decibel siren will certainly let you know about it. It's battery powered too, so you don't need to worry about finding a mains socket, and you can check up on the device's reading whenever you like.