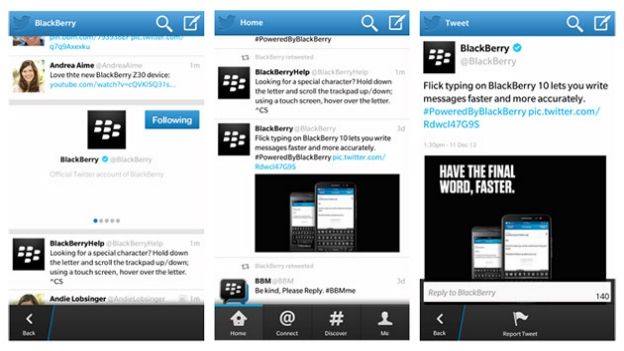 BlackBerry is pulling the plug on its newest Twitter update after users complained about a variety of bugs after only a week of release.

Earlier this month, Blackberry pushed out an update to the Twitter app for Blackberry 10, bringing it up to version 10.2.2.

Along with the new release came some new features, such as the ability to be BBM connected, to reply within tweets, a boost to the search function and more.

The update also brought a variety of bugs with it, and as a result BlackBerry has pulled it a little over a week after its release.

Shortly after the update's release, users began reporting trouble with the latest version of the app.

Reported problems include an inability to launch the program, crashing, slow loading, and even trouble uninstalling it.

On the flip-side however, other users have reported having no problems with the app.

According to Blackberry's announcement, it was user reports that prompted the app update to be removed.

For those who have downloaded the latest update, BlackBerry has provided instructions on how to downgrade the app over on its official blog.

BlackBerry says it is actively investigating the issue, and that it will announce when the version is available again to download.