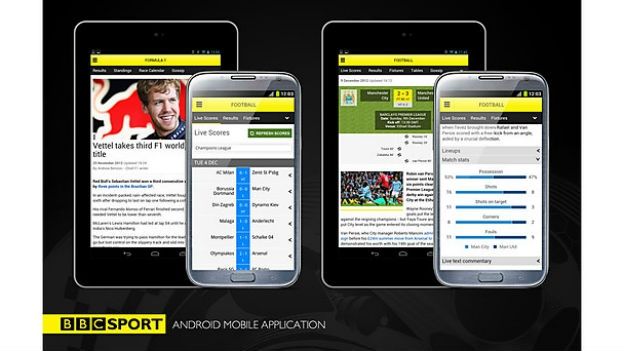 Good afternoon, sports fans. Good news for Android users as the BBC has announced its popular Sport app has made the leap to Google's OS and has been optimised for a range of screen sizes.

The app lets you check out news, live scores, commentary and analysis and the app also features live and on-demand video of sporting events like the current Rugby Union Six Nations and the Formula 1 championship.

The video aspect of the app is available to any device running Android 2.2 (Froyo) and above. To be frank, if you're still using a phone running Android Cupcake, Donut or Eclair you need to stop reading right now and go upgrade.

Other features of the app include customisable quick links for the main navigation menu as well as team customisation. You can also put a BBC Sport widget on the homescreen - take that, iPhone.

"I know from the comments on Lucie McLean's last post that many of you have been waiting for this so I'm very pleased that from today Android users can get access to BBC Sport through an app," Keith Mitchell, the technical lead for BBC Sport's mobile services wrote in a blog post.

"The launch of the BBC Sport app for the Android platform today is another important step in serving sports fans across multiple platforms," he wrote.

The app is free to download and can be found on the Google Play store here.