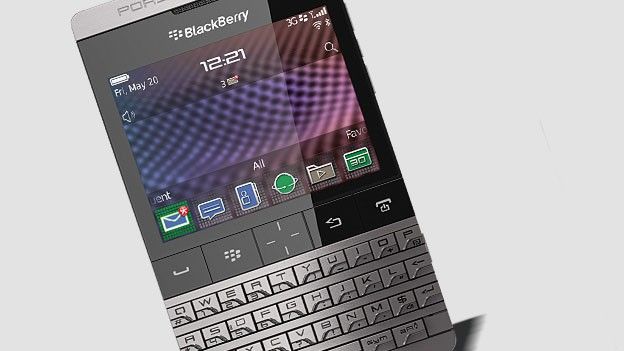 The repeatedly leaked and recently unveiled smartphone collaboration between handset giant RIM and sports car company Porsche, the Porsche Design BlackBerry P'9981 is to be released in the UK exclusive to luxury department store Harrods, the high-end retailer has confirmed.

Set to land within the coming days the P'9981 features a host of lavish design traits with the handset's internal array of specs offering far less of an impact than the device's external façade.

A step away from the usually fusty and plastic heavy design of the current selection of BlackBerry handsets the design geniuses at Porsche have bestowed their usual brushed metal aesthetic upon this latest full QWERTY boasting device.

Crafted with a forged stainless steel frame the P'9981 oozes class, craftsmanship and style with the hand-wrapped leather back and sculpted QWERTY keyboard being complemented by the internal inclusion of a 1.2GHz processor and NFC communication technology.

Running the BlackBerry 7 operating system the P'9981 is plumped by the inclusion of an exclusive Porsche Design UI which boasts a bespoke Wikitude World Browser Augmented Reality App. HD 720p video recording capabilities and 8GB of internal storage, expandable up to 40GB via SD, complete the handset's specs.

Set to hit the UK before the end of the month Harrods have pencilled in a Porsche Design BlackBerry P'9981 release date for “the middle of December” with the luxury smartphone to set wannabe owners back the princely SIM-free sum of £1,275.

Are luxury smartphones ever worth their value or would you only ever pay over the odds for a device boasting superior specs as opposed to simply a lavish design aesthetic? Let us know what you think via the comments box below.