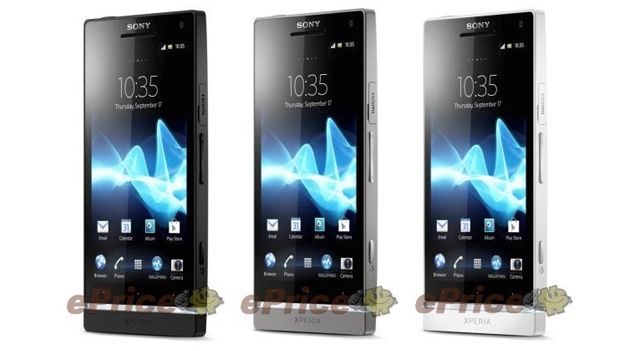 Images of what is reported to be Sony's next smartphone, the Sony Xperia SL have appeared showing off what appears to be not only a new colour scheme but a beefier 1.7Ghz processor.

The smartphone appeared on ePrice and lists it as being powered by a much beefier version of the dual-core Snapdragon S3 CPU this time clocking in at 1.7Ghz, a considerable increase over the original Sony Xperia S which runs at 1.5Ghz.

The website also suggests that the SL could come running Android Ice Cream Sandwich right out of the box, something that wasn't available on the Sony Xperia S when it first launched.

There's no word on release date or pricing but with IFA just around the corner this could be just one of several announcements coming from Sony after rumours have suggested that Sony could be announcing another tablet.