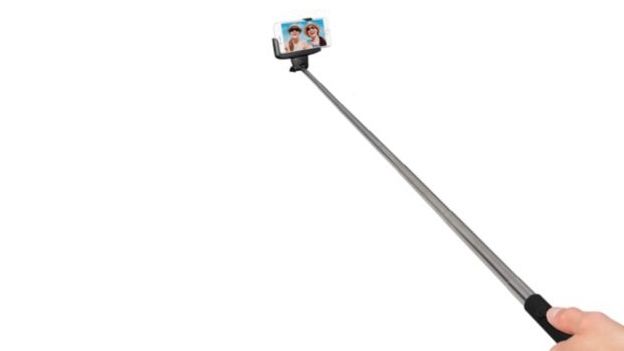 If you've been to a Premier League football game recently, you might have lost one of your eyes… Or at least come close to losing one thanks to the recent proliferation of selfie-sticks.

That proliferation hasn't gone unnoticed and has now led to several Premier League clubs banning selfie-sticks from their grounds on match days.

Tottenham and Arsenal are among the clubs that have banned the sticks from the stadiums. Both clubs are believed to have made a decision over fears they been may be used as weapons.

“We can confirm that 'selfie sticks' are banned on match days at Emirates Stadium,” a spokesperson for Arsenal told the New Journal. “The club's ground regulations prohibit any object that could be used as a weapon or could compromise public safety.”

The ban at Tottenham is believed to have been brought in after a fan lodged a complaint.

Selfie-sticks aren't the first gadget to be banned from Premier League clubs. Last year, Manchester United banned laptops, tablets and other large gadgets from Old Trafford. That was over concerns that they could be used to conceal explosives.

Is likely that other Premier League clubs will now follow suit in banning the much maligned smartphone accessory.

Of course, the restriction on selfie-sticks on match days doesn't mean that they are banned from stadiums entirely.

Most of the clubs and explicitly banned them on match days have not said whether or not they will ban them during stadium tours. Or you know, you could ask someone else on the tour to take a picture of you…