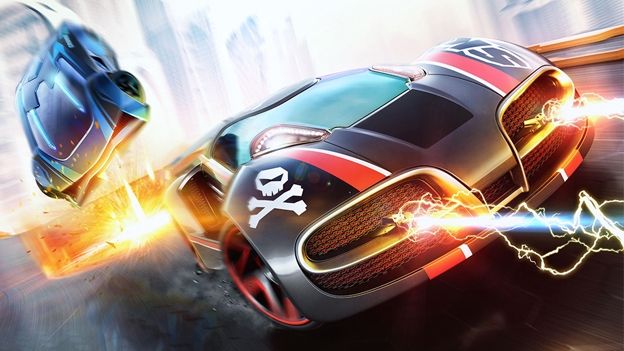 You may remember Anki from Apple's WWDC keynote in 2013. On the surface, it's a Scalextric-esque racer, where your iPhone doubles as a remote control for racing cars equipped with virtual weapons, boosts and shields. On that first appearance, Anki stuttered a bit in front of the eyes of the world, but like that first appearance, there's an awful lot more the Anki than meets the eye.

You see, what's going on here is very clever. This is no mere remote control racer, and Anki is not a toy company.

Built on the expertise of robotics experts Boris Sofman, Hanns Tappeiner and Mark Palatucci, Anki is a robotics and AI company. The three of them met in the Ph.D program at Carnegie Mellon Robotics Institute back in 2005.

"We wanted to work on very difficult problems, but only if they had an impact in the real world," says Boris.

Anki achieved just that. It released 'Drive' last year - a pack that contained two starter cars and a racing mat. By the end of the year, the units were sold out everywhere, and Anki Drive was fetching nearly double its $150 price tag on eBay.

Does that sound like a lot of money? What you were actually getting was two artificially intelligent, self-regulating cars and an infra-red printed track. The cars are capable of making hundreds of calculations a second, determining their location as well as that of other cars and acting accordingly, firing weapons and using abilities. Different cars even have different personalities - some are ultra-aggressive, whilst others prefer to lead from the front and keep you away. Does it still sound like a lot of money?

Going from Drive to Overdrive constitutes a major overhaul for Anki. Now you can build your own track with modular track pieces that include banks and rails, intersections, bridges, jumps, U-turns, and more to come. As soon as you snap your track together via magnetic connections, the cars instantly know the new track. Not only that, tracks can be put literally anywhere - as long as the track isn't upside down, cars will automatically adjust to stay on the track, despite the effects of gravity.

Not only that, Anki has brought in a number of experienced game designers to try and build a whole new game experience too. Whereas before the game was a simple but effective mix of experience points and unlockables, Anki wants to build a fully-fledged story mode around Overdrive, one that includes a scripted story and characters, and challenges you to unlock new weapons and beat new adversaries on their favourite tracks. Think Mario Kart with a storyline, except you aren't racing on the screen, but on the track in front of you.

Anki Overdrive will be available around September this year for $150, with extra track packs available for between $10 and $30 each. Remember how we said that Anki Drive sold out? Yeah, you might want to get your pre-orders in quickly, when they open.