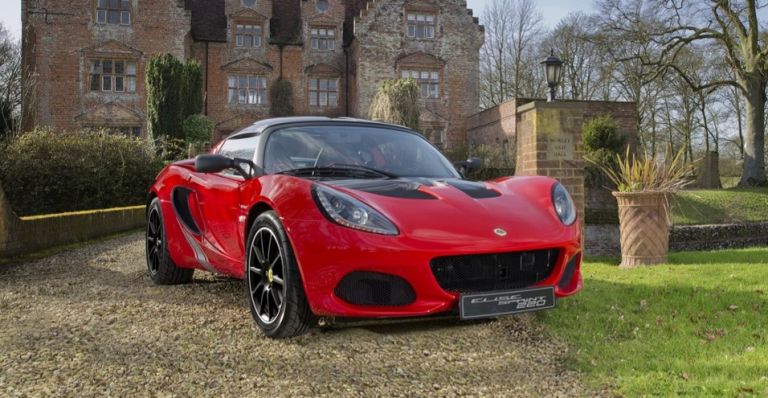 In the final T3 Agenda of the week, T3 takes a gander at the compact yet powerful Elise Sprint from Lotus, the new P10 Lite handset from the good folks at Huawei and some new VR experiences from O2...

Small yet speedy, that's the name of the game for the new Lotus Elise Sprint

Lotus is relaunching its classic Elise range with a bran new Sprint edition leading the update. Said model adds in carbon fibre to cut 41 kg and hit 789 kg dry weight. In other words, it's a compact Lotus Elise that doesn't scrimp on power.

The Sprint is available in both the 1.6-litre naturally aspirated and 1.8-litre supercharged versions, with Lotus promising an exciting mid-point in the range thanks to all those lightweight and carbon components as standard.

Huawei has revealed a new affordable take on its powerful P10 model - the P10 Lite. Not only that, it's also made the handset available for pre-order with a release date less than two weeks away.

The plucky little Huawei P10 lite offers more speed and less power consumption fuelled by the Huawei Kirin 658 chipset and a 16nm Octa-core CPU. A whole 4GB of RAM makes it perfect for multimedia streaming, gaming and any other power intensive task.

It even comes with a dual 2.5D double-sided curved glass reflecting the P series’ minimalist looks, a 5.2- inch FHD screen, a 1.21mm bezel plus an upgraded eye comfort mode for extra comfy eyes.

Best of all, you can pre-order your very own Huawei P10 Lite handset from today for only £299. It'll go on sale from 31 March from the likes of Carphone Warehouse, EE and Vodafone and more.

O2 has just launched two brand new VR experiences that aim to recreate the live intensity of two very different events. First there's the chance to go head to head against the England Rugby team, then there's the opportunity to explore an O2 Academy venue as a star or a fan at a sold out show.

Available on Samsung Gear VR, Oculus Rift and HTC Vive, the two slices of virtual reality goodness used Xsense motion capture to capture the magic of being at a live event in person, even going as far as scanning in the likenesses of the real-life England Rugby team.

A third experience showcasing some of the biggest moments at the world’s leading music and entertainment venue, The O2 will also be coming soon, so keep your VR-loving peepers open for that one, too.