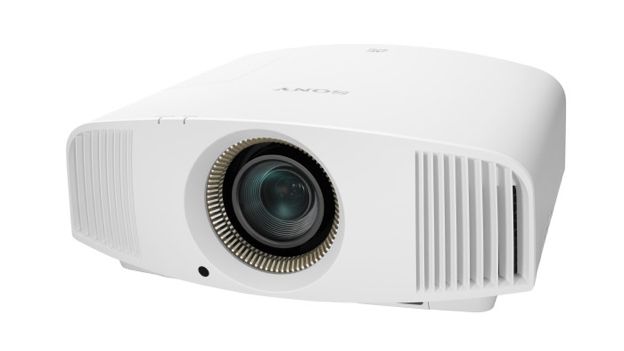 Sony has a treat in store for home cinema fans in the form of three new projectors including two powerful 4K models.

The VPL-VW520ES and VPL-VW320ES are both 4K native models that offer a new long-lasting lamp that brings 6,000 hours of performance and are very much designed with living room theatre settings in mind.

Top-of-the-range is the VPL-VW520ES, which is compatible with HDMI input of HDR (High Dynamic Range) content with a 300,000:1 dynamic contrast ratio thus bringing us even closer than ever to reality on a screen. Both projectors, meanwhile, possess SXRD panels for a native 4K picture and this ensures no artificial manipulation of pixels.

Colour reproduction on the two models is handed by the Sony Triluminos engine that means high levels of both richness and accuracy. Sony promises the very latest in HDMI and HDCP 2.2 connectivity to deliver 4K content plus an RF 3D transmitter makes it even more adaptable with a strong wireless signal for wider coverage and 3D synchronisation.

Complementing those two is the VPL-HW65ES, which is an entry level full HD home cinema projector at a competitive price point that offers many of the same features as the 4K model except at a lower price.

The same 6,000 hour lamp is present, as is the built-in RF 3D transmitter and a USB update function that allows owners to keep the firmware bang up to date. It even possesses IP control to give the processor home automation compatibility.

The trio of new projectors are tipped for release in October and get their first outing at IFA 2015 in Berlin over the coming days.