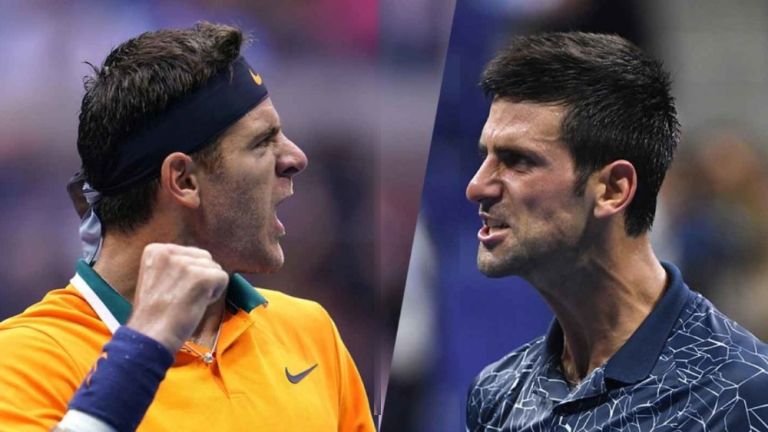 Who will win the fourth and final major of the 2018 tennis season? Juan Martin del Potro or Novak Djokovic? It all comes down to today's US Open Final, and we'll tell you the best ways to watch via a live stream no matter where in the world you are.

It's been a furious and fiery fortnight at Flushing Meadows, with the extraordinary heat playing a major part. But del Potro and Djokovic have managed to come through six sweltering rounds to face off in the final.

Rafael Nadal may have ultimately perished to a dodgy leg in his semi-final with del Potro, but don't think for an instant that the big Argentinian doesn't deserve his place in the 2018 US Open final. The 2009 champion has had a long road back to Grand Slam glory and this is his big chance to lift a major trophy once again. Djokovic  has had his own rocky road to contend with, but it's been a stellar 2018 season and he'll be favorite to add the US Open crown to his Wimbledon win earlier in the year.

The men's 2018 US Open final is due to start at 4pm local time (1pm PT, 9pm BST, 6am AEST Monday morning). Using a VPN opens up your live stream options – especially as Amazon Prime Video is showing it in the UK -and there's even a free stream if you live Down Under.

Live stream the US Open final from anywhere with a VPN

Watch tennis with a VPN
If the country where you live either isn't showing the tennis or you already subscribe to Amazon Prime and want to catch the UK coverage, then there's a simple way to get hold of a live stream. The trick is to download and install a VPN, which then allows you to change your IP address so you appear to be in a completely different location. We've tested hundreds of VPNs and can recommend Express VPN as the best option currently available:

Once it's been downloaded and installed, open the app and select a server location (it's super easy) of a country that is showing the tennis as listed below.

How to watch del Potro vs Djokovic in the UK

Amazon Prime Video has blown the usual broadcasters out of the water by bagging the rights to show the US Open tennis exclusively in the UK. So if you have a Prime membership, you can watch the final via live stream or on one of its numerous apps for Android, iOS, smart TVs, Fire TV, games consoles and other streaming devices.

If you find yourself outside the UK but still want to watch via Amazon Prime, you'll find that access is blocked due to geo restrictions. The way to get around this is by downloading and installing a VPN as described above.

Where else has a US Open live stream?

As one of the world's major tennis tournaments, lots of countries show tennis from Flushing Meadows. We can tell you who else is broadcasting the US Open tennis in your corner of the world.

Watch the US Open final in the US

ESPN is the official broadcaster in the US, with the likes of the Tennis Channel, Fubo or Sling TV all offering shorter subscription services if you don't want to commit to cable.

Watch the US Open final in Australia

As the SBS website says, you can watch the US Open final "live, free and in HD" on the nation's free-to-air station. Fantastic news for tennis fans Down Under who want to catch the del Potro vs Djokovic battle.

Watch the US Open final in New Zealand

It's less good news in New Zealand, as you need to be a Sky subscriber to get access to the tennis action.

Watch the US Open final in Canada

It's TSN in Canada if you want the local coverage of the US Open. That means you'll need cable to watch, or use that VPN option as explained up the page if you want to combine it with Amazon Prime Video.