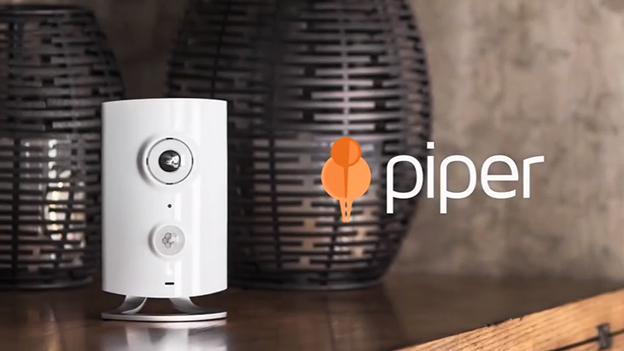 If you're concerned about home security, chances are you've probably looked at some of the smart home security systems that are out there on the market.

Chances are you've also been put off by the high price of fees that come with smart home security systems. However, a British inventor has developed a system – dubbed Piper – that has no fees once bought.

The basic Piper unit comes with a 180-degree HD panoramic camera. It can be tilted, panned and zoomed in remotely via your smartphone or tablet in glorious 1080p.

The unit also comes with motion detection and a ear-piercing 105-decibel siren. In addition to letting all your neighbours know someone's trying to break in, the Piper can also text, phone, email or push notify you when one of the security rules you've programmed are broken.

The Piper system is also ready for future upgrades thanks to relying on Wi-Fi for connectivity to other parts of the system.

Plugging a light into the Smart Switch plug, you can turn on or off a light (or any other electronic device for that matter) from your mobile anywhere else in the world.

It's not clear if the system can be set up to automatically turn a light on using the Smart Switch if a rule such as someone approaching your door can be automated.

Other add-ons available include an ambient light, sound and humidity sensors.

The Piper system has been designed to work with both Android and iOS devices. The basic package will cost £119 when it goes on sale in the UK later this month.

You can get a pretty good idea of what to expect in the video below: