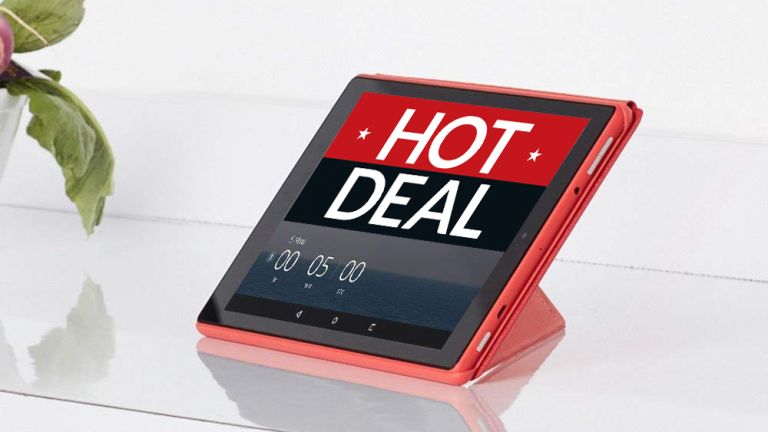 If you're currently looking for excellent Amazon Fire tablet deals in the New Year sales then you've come to the right place.

We like quality tablets here at T3 and, as demonstrated in our best tablet buying guide, we are rather enamoured with Amazon's excellent Fire range of tablets, with the maker's range securely lodged in our guide's upper echelons.

There's some really tidy discounts on all of them, with up to £40 off, and the fact that the discounts extend into its tablets for children as well means there is literally a price drop for every Fire tablet hunter.

The Fire tablet Boxing Day deals are as follows:

Fire HD 8 tablet | now £59.99 at Amazon (was £79.99)
One of the best tablets ever made, the Fire HD 8 is a simply smashing one hand- friendly tablet that, here in Amazon's Boxing Day sales, is available for a value-stuffed price point. That's because the retailer has cut £20 off its price in one of its Boxing Day deals on Fire tablets, meaning it can be picked up for only £59.99, rather than its regular price of £79.99. We thought the 8-inch screen packing tablet with Dolby Audio was well priced at that point, too, so at this new price it truly is a great Boxing Day deal.View Deal

Fire HD 10 Kids Edition tablet | now £159.99 at Amazon (was £199.99)
Amazon's flagship tablet for children, the Fire HD 10 Kids Edition is discounted by a very impressive £40 right now in the retailer's Boxing Day sales, bringing its price down from a premium £199.99, to a far more manageable £159.99. T3 called this tablet "the premium slate for children" in its Amazon Fire HD 10 review, concluding that it is "the best tablet for kids that you can buy today". Enough said. Naturally, you get your free one-year subscription to Fire For Kids Unlimited ( which grants a dump-truck load of child-friendly content) and your choice of colour bumper case as well.View Deal

Fire HD 8 Kids Edition tablet | now £99.99 at Amazon (was £129.99)
This Fire HD is slightly smaller than the Fire HD 10 Kids Edition, but still comes packing a powerful internal hardware spec that includes a Mediatek MT8163 CPU, 1280 x 800 resolution 8-inch screen, 32GB of RAM, and a solid 3,210mAh capacity battery. The Amazon Boxing Day sale has sliced £30 off its price, with it currently available for only £99.99, rather than £129.99. As with the other Fire children's tablets, you get a year of Fire For Kids Unlimited (5,000 videos, apps and games) and your choice of coloured  bumper case included in the box.View Deal

Fire 7 Kids Edition tablet | now £79.99 at Amazon (was 99.99)
The most affordable and compact Amazon tablet gets a welcome £20 price cut here, taking its price down from £99.99 to an attractive £79.99. For that outlay you get a quality 7-inch tablet that comes with a free year of Fire For Kids Unlimited, which grants access to 5,000 apps, games, videos and educational content. Like the other children's Fires you also get  your choice of colour protective case included in the box.View Deal

So, there you go, five quality tablets now available at some incredible Boxing Day sale prices. While we don't anticipate Amazon to sell out of these Fire tablets quickly, we do anticipate that they could run out of postable stock, with orders taken but delivery pushed back and back into late January and even February. As such, if you want to get your hands on a Fire tablet any time soon then we advise you to move fast on these Boxing Day deals.

Boxing Day sales around the web