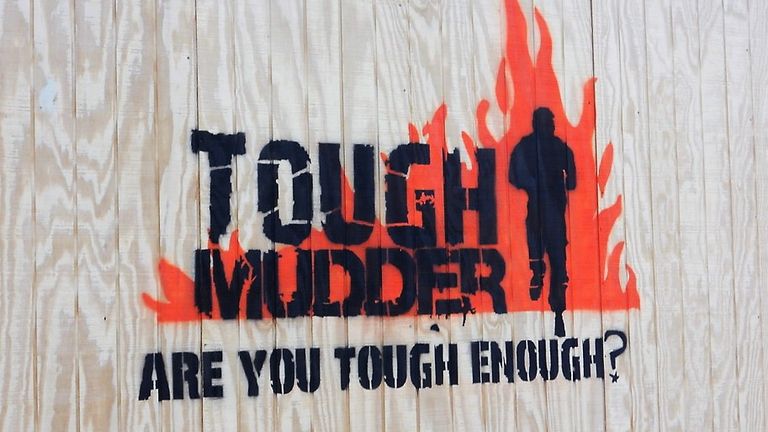 Running a marathon has gone from one of the most challenging tests of human endurance to a commonplace event that lots of people now do at least once.

That’s one of the reasons Tough Mudder has emerged as the next generation of physical and mental challenge to help push the limits of people and offer huge personal rewards.

The first marathon was said to be just that, when ancient Greek soldier Pheidippides ran a message from the Battle of Marathon the long distance back from the town of Marathon to Athens to report the victory. An impressive feat likely in scorching heat while wearing sandals.

But in modern society with training plan apps, smart clothes, smartwatches, online diet guides, raw food gadgets, and supplements, the current 26.2 mile marathon is achievable for most who are willing and able to put in the training time. Enter the next level of challenge in the Tough Mudder.

What is Tough Mudder?

The Tough Mudder is an endurance running race that not only goes off road but puts the participants through a series of obstacle challenges to really test their bodies and minds to the limit.

A standard Tough Mudder race is typically between 10 and 12 miles. While that might sound relatively short it’s filled with obstacles aimed at cutting to the heart of human fear. So you have fire, water, electricity and heights all thrown in the mix to test your limits. These fears aren’t simply things you can train for by running a few times a week.

Why is Tough Mudder the marathon replacement?

It’s this new level of physical and mental challenge that has made the Tough Mudder the new marathon. Now OCRs, or Obstacle Course Races, are seen as one of the peak tests of human endurance.

Despite a steep entry cost of £85 minimum, the kit needed for a Tough Mudder is minimal, allowing most people to get involved. Also, it’s less constrictive than a marathon. Marathons are largely limited to slimmer people able to withstand long running distances at a good pace. Tough Mudder is different as it covers a shorter distance and isn’t about finishing times but simply finishing.

How is Tough Mudder for everyone?

Since the Tough Mudder is shorter than a marathon, larger people can get involved, in fact upper body strength is needed for climbing and monkey bar style obstacles. Also, that lack of time limit makes it more fun.

Groups can take part and go around the event together having a laugh and actually enjoying the experience. Yup, this can feel like a giant playground for adults if you come at it with the right attitude. And if you really don’t want to take on an obstacle you can simply walk around it and carry on - it’s only you that you’re answerable to on the race.

There are even new Tough Mudder distances that make the races even more accessible. Tough Half is just five miles, there’s also a Tough Mudder 5K which is 3.1 miles and a Fruit Shoot Mini Mudder for children over about a mile with 10 obstacles.

Tough Mudder is a real challenge

Despite being a welcoming race for everyone, there is also the option to really push limits and make this challenge more painful than a marathon. There are leaderboards and you can go for a time if you’re feeling confident. This is where the timed races come into play.

Tougher Mudder is a timed race that offers prize money to the top three male and female finishers. Toughest Mudder is a longer timed eight hour race with a top prize of $10,000 and for those that complete 25 miles they can enter into the World’s Toughest Mudder. This event is a 24 hour competition with a $20,000 team prize plus prizes for 100 mile finishers.

These races are now also qualifiers for the OCR World Championships - yup this is a real career-to-be type event that’s growing bigger by the year.

Why Tough Mudder kit can be cheaper than marathon gear

When it comes to a muddy obstacle course race you probably don’t want to head in with all your latest and most expensive gear. Of course most running kit is tough and waterproof so you might not worry. In reality most people will use Tough Mudder as a way to retire old gear.

So while a marathon might cost you in a new Garmin Forerunner 935 GPS running watch or similar, the Tough Mudder is better suited to a rubberised tough and more affordable Fitbit Alta HR, for example. Trainer choice for a marathon is an important factor that means you need to find the best running shoes for the job. But for Tough Mudder you’re more likely going to be looking at a best trail running shoes list to find some tough and waterproof gear that’ll get you round the course and stay intact.

When and where is Tough Mudder?

Tough Mudder races are all over the world and, as we mentioned, vary in length. Check out Tough Mudder online to find the next race near to you so you can meet your next challenge.

Liked this? Why not read Everything you need to do your first Tough Mudder