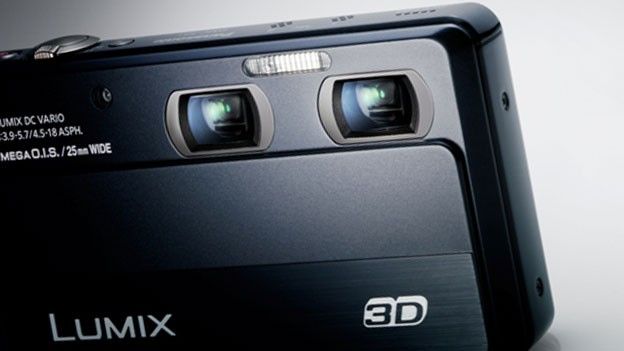 Panasonic has officially unveiled the world's smallest consumer available 3D stills and video camera with the Panasonic DMC-3D1 release date lined up for later this year.

Utilising a compact twin lens system with folded optics design Panasonic has managed to squeeze high definition 3D photos and video recording capabilities into a shell no bigger than that of a standard two-dimensional compact pocket snapper.

Following the camera's official unveiling Panasonic has confirmed that a Panasonic DMC-3D1 UK release date has been pencilled in for this December with pricing for the 3D snapper yet to be unveiled.

What do you make of compact 3D cameras, next big thing or yet another addition to the soon to extinguish 3D bandwagon? Let us know via the comments box below.