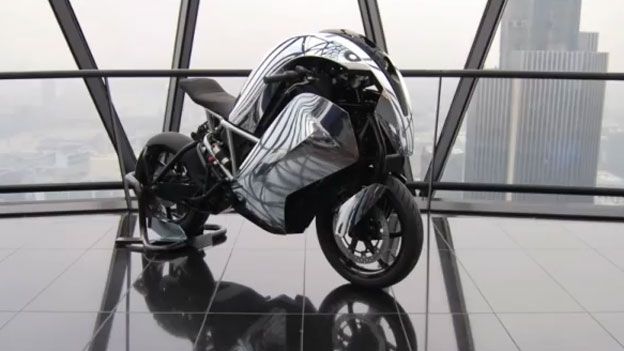 Did you know that half the solar panels ever produced are in one country?* Or, that at any one moment in time, 90 per cent of all the cars in the world aren't being used? What about the fact that there are already over 125 million electric vehicles on the road around the world? Neither did we, until we hit play on the brand new series of Fully Charged.

We know him best as Kryten from Red Dwarf but now Robert Llewellyn is on a mission to debunk the urban myths about renewable energies and prove that being smart with energy doesn't have to be boring.

Fully Charged in association with British Gas – the show that unravels the spin about green technology - is back on a browser near you for a brand new series.

In the latest online episodes, Robert gets to grips with electric motorbikes that go from 0-60 in 4 seconds; trials an innovative car-sharing scheme that's letting Berliners drive away their dream cars; and turns 'Bradley Wiggins' on electric bikes that give you Olympic speeds without breaking a sweat.

Twenty brilliant new episodes follow Rob as he travels the world to uncover the innovations that are helping to change the future of energy. From the truth about renewable energy, to electric cars that really can go the distance, Fully Charged reveals what the future has in store for us all.

Get a sneak preview of Fully Charged and the electric motorbike that looks like it belongs beneath Star Wars Storm Trooper's.

Get sneak previews and join the debate about the everything from the future of transport to finding arms on Mars.