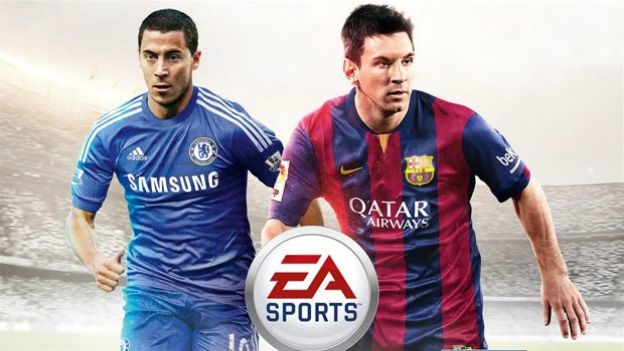 You may find it a bit more difficult to score wonder goals on the latest FIFA instalment, now that the goalkeeper is better than ever.

A new FIFA 15 trailer has been bestowed upon us, showcasing the completely redesigned mechanics for the goalkeepers.

The highly-anticipated (as always, duh) sequel to the sensational FIFA 14 looks to improve the reactions and realism of the goalkeeper.

In the past, FIFA goalies haven't always been the sharpest guys on the pitch, but 15 promises to make up for it with better shot-stoppers than ever before

According to FIFA 15 Senior Producer Nick Channon, the game's goalkeeper mechanics have been redeveloped from “the ground up”.

He added that the goalie changes have taken “over two years of development” to perfect.

The goalies will now have more natural actions and responsiveness when collecting lose balls and saving shots with their legs.

The goalies will also be able to react better to deflected shots, so its no good trying to smash a shot into the box and praying for the best.

As shown in the trailer, the makers of FIFA 15 have studied the behaviour of real goalies like Everton and the US national team's Tim Howard.

This means the goalies will anticipate attacks and choose the right decision to make any given situation.