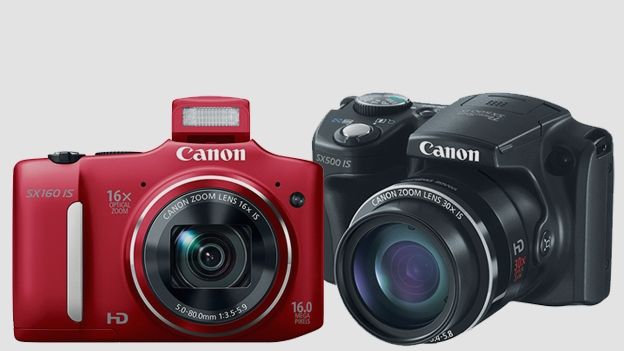 Canon announces PowerShot SX500 IS and SX160 IS cameras, both of which are expected to hit shelves later this year

While camera buffs eagerly await the biennial Photokina show this year, Canon is getting ahead of the game by announcing two brand new digital snappers for enthusiasts to look forward to.

Introducing the SX160 IS and the SX500 IS, set to hit shelves this September.

The SX160 IS is the follow up model to the SX150, bringing 22 percent faster autofocus and 46 percent less shutter lag than its predecessor.

While offering more high-end features, the SX500 IS is the world's smallest 30x optical zoom camera.

It's an entirely new model, though like the SX160 IS it also comes packing a 16 megapixel CCD sensor, intelligent image stabilization and 720p video at 25fps.

On top of that, it boasts a 32 percent autofocus improvement over the SX40 HS model, with a 33 percent decreased shutter lag. It will land in September for a slightly more costly £210