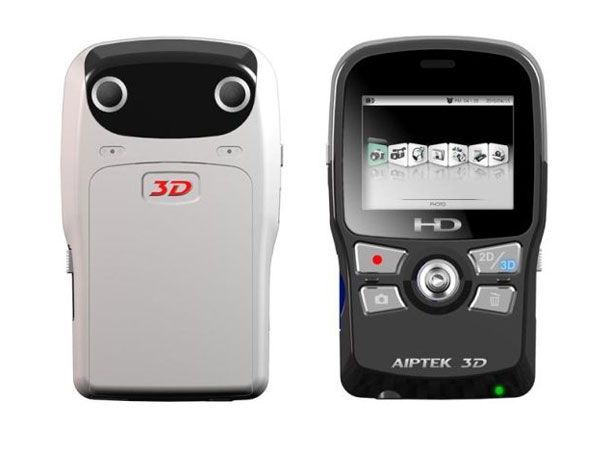 Consumer 3D video recording is to become a more wallet-friendly option thanks to Aiptek after the video camera manufacturers announced its budget offering to the 3D pocket camcorder market, the cleverly named Aiptek 3D.

Costing a single penny under £200, the Aiptek 3D, whichis available in the UK through online retailer Firebox.com, adds to its already impressive 3D credentials with 720p HD quality recordings.

Using two separate lenses and image sensors to produce its 3D footage the Aiptek 3D allows for extra dimensional playback on standard 2D displays thanks to the budget 3D glasses boxed with the device. To get the full punch of the 3D HD footage, however, users lucky enough to have a 3D TV can hook the camera up directly through its HDMI-out port.

Finishing off the Aiptek's tidy little package is a 2.4-inch screen and a built-in standard 5-megapixel snapper. Although we can't see the Aiptek's footage matching that of the recently released 1980x1020p Panasonic HDC-SDT750 consumer 3D camcorder, at £1100 cheaper, perhaps we could make a compromise.