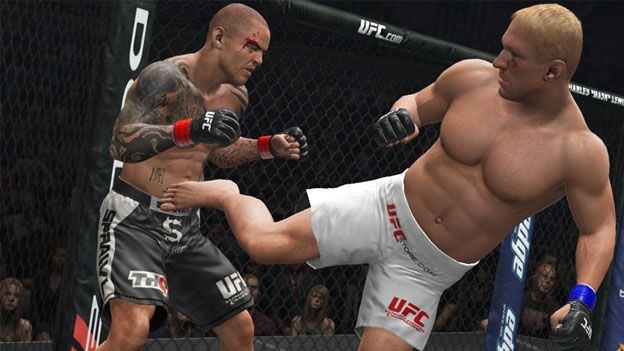 The latest Ultimate Fighter title UFC Undisputed 3 has entered the UK All Format Gaming Chart in top spot despite selling fewer copies than its predecessor.

Ahead as the summer's upcoming games Mario & Sonic at the London 2012 Olympic Games ended the week in fourth position with EA's COD rival Battlefield 3 rounding out the top five.

Whilst last week's chart topper Kingdoms of Amalur: Reckoning slumped out of the week's top 10 landing in 12th position, fellow former sales leader Final Fantasy XIII-2 dropped to sixth ahead of Skylanders: Spyro's Adventure, The Darkness 2 and The Elder Scrolls V: Skyrim in spots seven through to nine respectively. The week's top ten was rounded out by frequent chart presence, Ubisoft's Just Dance 3.

What was your top game of the past 7 days be it console locked, app based or of the traditional board variety? Let us know via the T3 Twitter and Facebook feeds.