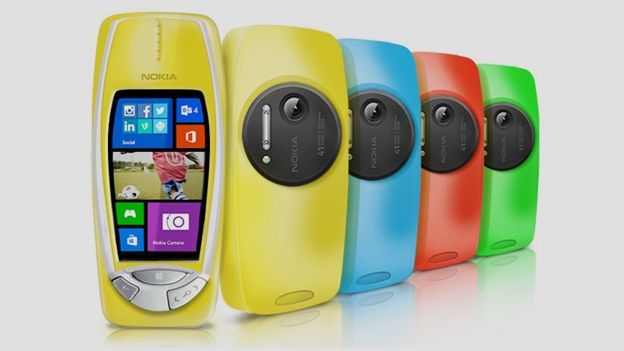 In case you didn't realise today was April Fools' Day and the chances are someone has played a prank on you. Michael Pearson separates the fact from the fiction

Here are the top 10 tech-based April Fools pranks we've seen. Ok so we lied, it's actually 11 but that's because Netflix's endless spinning chicken was too good not to include.

By good of course we mean terrible, a word which you can expect to be using as you scroll down this definitive list of the good, bad and downright unfunny April fools pranks of 2014.

Scroll at your own peril:

Last year Netflix humoured the world by creating extremely specific categories to enjoy your films on. This year they added a 73-minute suspense drama named 'Rotisserie Chicken' as well as a action film called Sizzling Bacon in its own category - 'steamy'. people must be watching them with providing comments on their site such as "provocative" and "powerful".

I'm sure David Hasselhoff has few more Google+ followers today as he's rammed with people across the world sharing pictures of his mug as he photobombs his way into he pictures. The team behind Google+ thought they'd import the Hoff into your life - literally. probably one of the worst we've seen.

Well who'd of thought it? HTC and Samsung both 'announcing' the release of smart gloves to make the smartphone experience even better. The HTC Gluuv is a glove that connects the One M8, while the Samsung' Fingers features solar panels, video calling and much more.. We can still dream for now.

Just in case you thought Nokia wouldn't launch any more products in its Nokia X family, they go and launch a revival to their 3310 we all loved so much. It was launched with a 41-megapixel PureView sensor as well as running a modified version of Windows 8.

Google says Gmail is 10 today, and that bit is true. Google's joke for the double-digit anniversary is the Gmail Shelfie, which stands for SHareable sELFIE. Google called it the "pioneering platform for selfies" and even clamed to invent selfies when they launched "your perfect image and make Gmail your own" back in 2012.

Continuing with Google's gabble of pranks, the home of 'Viral' videos, YouTube has had a few predictions for what the next big tends in 2014 will be. Apparently Planking will be replaced by clocking, which involves expressing the time with both arms in a random locations and finish-lining, which requires greeting a stranger with a line of colourful tape in the middle of the street.

Ocado Technology, the technology division that powers online grocery retailer Ocado.com has blown other tablets out the water with its massive 42" device. The spoof video sure has had some money spent on it as it mocks other companies (such as Apple) as they take you through the 4K ready sLablet's features.

Just in case you wanted a homage to the woman being famous for being fired from the Apprentice and generally getting up everyone's nose, she now has her own Talking head made by Firebox.com. You can recreate those horrifically entertaining moments from ITV's This Morning and regurgitating memorable quotes such as "Ginger babies. Like a baby. Just so much harder to love."

Ever wondered how you get free Wi-fi spots around some parts of London? Well today Samsung answered that question - Pigeons. Samsung claim to revolutionise the micro-router with a device that sits on the back of a bird and can handle hundreds of users simultaneously. This has to be one idea which has literally flown over our heads in the past few years.

Google proved today one thing, they're not keeping themselves busy enough. The guys over at Google Japan sat and mocked the western world as they launched Magic Hand, the ultimate lazy man's companion to handling your smartphone or tablet without actually touching the device. It works perfect if you can't be bothered to take off your gloves or be bothered to actually move.

We love this joke, mainly because you can actually play it. Google Maps has released Pokemon Challenge which you can access on any Android or Apple device. Simply launch the latest Google Maps app, tap search at the top and then press start beside the blue Pokeball icon to start finding your Pokemon pals.