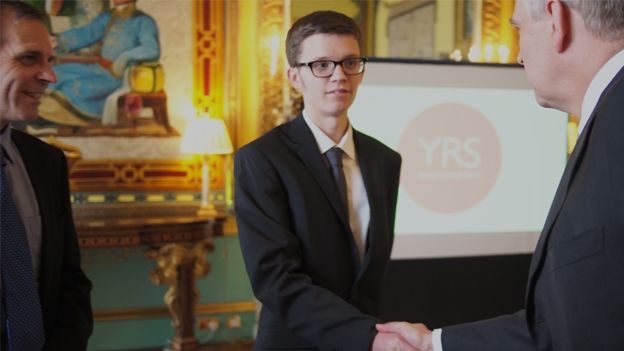 With the next generation of teens eyeing up the guts of computer software for their school projects, something tells me a papier-mâché volcano just won't cut it anymore…

The winners of a competition to track down the UK's top young coders were awarded by Prince Andrew on Monday.

The Duke of York: Peer to Peer Challenge, supported by Google, saw teen programmers design games, websites, apps and videos to win over a panel of judges, including top physicist Conrad Wolfram.

HRH the Duke of York, said:“"Coding is about individuals on a path of discovery and learning. However, in the code you find a community where other coders look to help each other. Young people want to solve problems and coding is all about problem solving.

The competition was supported by Young Rewired State, who hope more young people will pursue and education and career in coding.

“The increasingly digital world in which we live is crying out for a workforce with the right skills for the 21stcentury,” says Emma Mulqueeny, CEO of YRS.

The ceremony took place at Buckingham Palace, where winners showed off their creations and celebrated with afternoon tea.

One winner was 17-year-old Andrew Deniszcyz, whose Stories creation showcased coding in today's culture and economy.

Catherine Marsh, 16, created a website called Code: It's not that Complication, helping students and parents get to grips with the idea or programming as a career.

Jack Hutton, 17, created The Impossible Game, a stellar example of how small amounts of code can result in a fun, addictive game.

Zak Cutner, 14, created How does that work?, putting code in context and helping learners see the bigger picture behind programming.