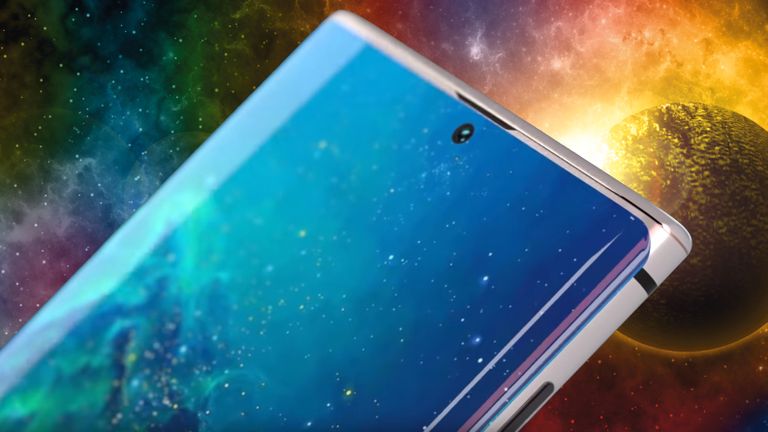 Excitingly that new Infinity Display appears to have been confirmed, with Samsung leakster-in-chief Ice universe unmasking the Galaxy Note 10 glass screen from a variety of angles. And, what's most notable, is that the screen looks like it could have a much more aggressive edge curve than the Samsung Galaxy S10 series.

Check out the images below to get a full look at the screen's edge curve:

Interestingly, Ice universe, who has a proven track record of accurately calling and showing off Samsung mobile products, then followed that Tweet with another that seemed to show a pair of phones that are the same size as Note 10 and Note 10 Pro.

These handsets seem to be equipped with the same sort of aggressively curved protectors as shown off in the first tweet, potentially revealing how the curve will look in sync with near-invisible bezels.

Compare the size of Note10 and Note Pro pic.twitter.com/XWsEEDVjY1June 18, 2019

And, what's more, this new curve with a near-invisible bezel seems to be backed up by renders based on, supposedly, official Note 10 design documents that were recently published by OnLeaks, adding some weight to their validity. Recent Note 10 case leaks also point to a device that looks this shape and size.

Samsung's Note series of phones tends to have a steeper curve than the S series so that there is more flat space to use with the handset's unique S Pen digital stylus, so what we see here could lead to the biggest and most stylus-orientated Galaxy Note yet.

Here at T3 this latest Note 10 info snippet has only whetted our appetite further for the new flagship, which is set to be officially unveiled by the South Korean maker on August 10, 2019.

After all, if the phone can look this good, while also delivering 5G connectivity, a re-positioned selfie camera, and super fast UFS 3.0 storage, as well as a flagship level processor, then it will without doubt be one of the absolute best phones released this year.