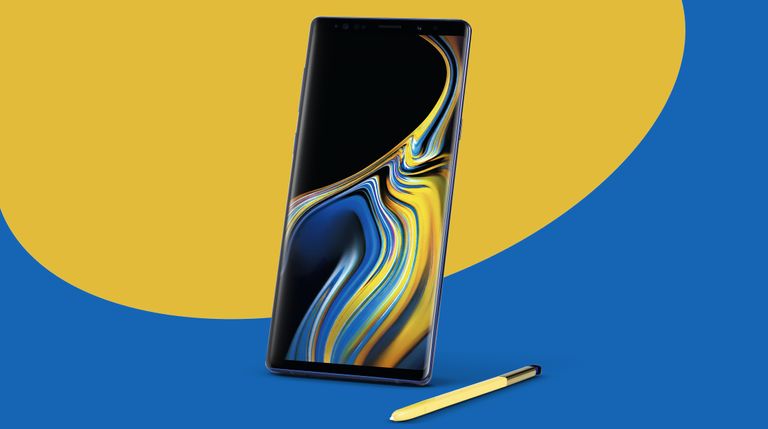 Samsung will launch its hotly-anticipated Galaxy Note 10 in a few months time. The new productivity-focused handset will evolve a number of the design elements we saw on the flagship Galaxy S series, which launched back in February.

According to a leaked benchmark, Samsung will keep the all-screen design seen on the likes of the Galaxy S10 and Galaxy S10 Plus, the aspect ratio is getting a rethink, as well as the positioning of the all-important hole-punch for the selfie camera.

The leaked score comes courtesy of benchmark testing site html5test, first spotted by Dutch site Mobielkopen. If you're unfamiliar with benchmarking apps, they're designed to help users quickly compare performance across different devices, running on different operating systems. So regardless of the chipset brand, iOS or Android, software version – the higher the score, the better.

But the information collected about the Galaxy Note 10 for the records held by html5test reveal a little more about the as-yet unannounced phone. Among the snippets of information, it has revealed Samsung will swap the 18.5:9 aspect ratio seen on the likes of the Galaxy Note 9 for a more elongated 19:9 screen. As such, we can expect the next Galaxy Note model to be taller than earlier entries in the series.

That could make the next entry into a smartphone series characterised by its palm-stretching screen sizes even bigger. And consequently, require even more thumb gymnastics to reply to text messages one-handed on the move.

Thankfully, the Galaxy Note 10 will run the One UI interface developed by Samsung to tailor Android OS to be easier to use on its expansive smartphone displays. In a nutshell, the operating system – which we detailed in our Samsung Galaxy S10 Plus review – brings all the user interface elements that you'll actually have to interact with on a regular basis down to the lower-third of the screen, well within reach of even the stubbiest of stubby thumbs.

Elsewhere, the Galaxy Note 10 is rumoured to move the position of the cut-out in the Infinity-O display design seen on the Galaxy S10 and Galaxy S10e, among others.

These handsets have all positioned the small pinhole, which houses the front-facing camera to avoid the need for a sizeable border around the display, in the top right-hand corner of the screen. However, the Galaxy Note 10 will purportedly move the hole-punch into the centre of the display. As such, the operating system symbols and icons – like battery life and mobile signal – that have to shifted into the middle of the screen on the Galaxy S10 range, will be able to return to their typical placement.

Galaxy Note 10 looks set to sports a 6.28-inch display with 1440×3040 pixels, which works out at 536 pixels-per-inch. Meanwhile, the pricier Galaxy Note 10 Pro will feature a 6.75-inch screen with a 1440×3040 pixel resolution and 498 pixels-per-inch. Both the standard and Pro flavours will have 4G and 5G versions available. They'll also be powered by the same Samsung Exynos 9820 or Qualcomm Snapdragon 855, depending on the market.

The taller aspect ratio – not to mention the screen size – means either of these handsets will be a great to watch movies or binge a must-watch box set on your commute. The all-screen design could make handwritten notes and drawings with the bundled S Pen stylus even more convenient, too.