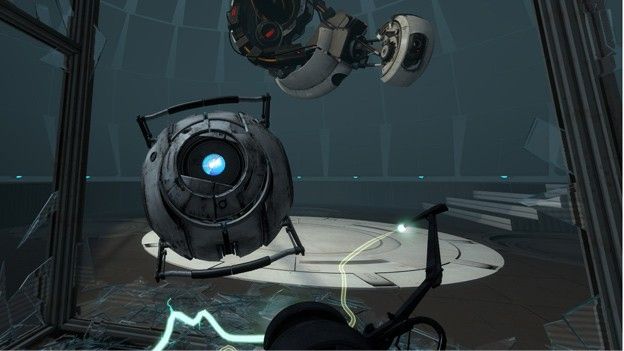 Valve could well have sat back and rested on their laurals after winning a gaming BAFTA but instead decided to put the power into the publics hands,,

Portal 2's level editor the Perpetual Testing Initiative has racked up over 1.3 million downloads and now has a staggering 46,005 different custom map designs for players to try out.

The PeTI was launched as a simplified level editor which would allow gamers to create their own puzzles and then upload them to Steam giving other players a chance to try them out and rate them.

Release on the 8th May in just a few days the feature has brought in some hugely impressive statistics with gamers doing their hardest to baffle the best with over 45,000 different map creations being uploaded to Steam.

What this has resulted in is over 1.3 million downloads of the maps, something the Valve was so chuffed about it decided to hold a weekend sale in honour of the success.

Available on PC, Xbox 360 and PS3 the game is the hugely successful sequal to the original Portal which gained a cult following when Valve released the Orange Box.

Gamers will no doubt be hoping that this will spur Valve on with their other projects leading to some form of Half-Life related announcement at E3 2012 this year.