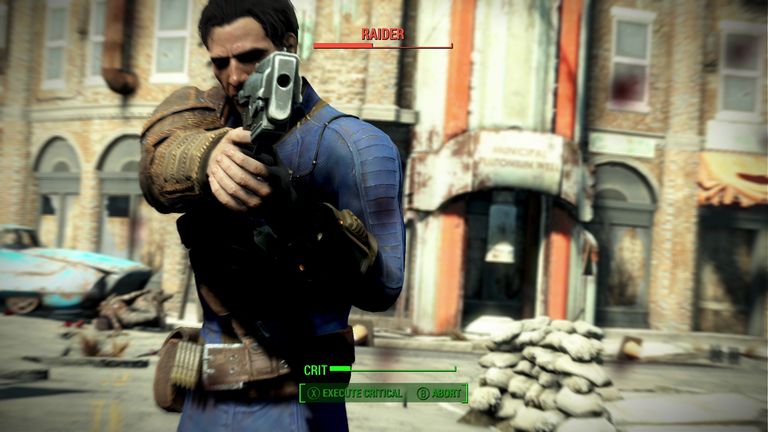 The numbers are in, the totals totted up and Fallout 4 is now officially the third biggest launch of this year. It's topped the charts in its first week, coming straight in at number one and is second only in the year to date figures to FIFA 16 and Call of Duty: Black Ops 3.

Though that 'year to date' phrase is key here. The year's not over and there are still some big titles on their way which stand a chance of knocking all those games down the pecking order.

We're super excited about Just Cause 3, which is set to drop across all platforms on December 1. For the uninitiated it's like the unholy lovechild of a menage-a-trois between Far Cry, GTA and Saints Row.

The Just Cause franchise has always been big, stupid, brutal, but always great fun and with its tongue shoved firmly into its cheek.

Whether it's likely to be able to give Bethesda's Fallout 4, EA's FIFA 16 or Activision's CoD: Black Ops 3 a run for their money on the sales front though is tough to say. Though, to be honest, the bigger franchises are probably not going to be troubled by Square Enix's little threequel.

The Force is strong with this one...

But if we're talking about franchises though, they don't come much bigger than Star Wars.

And with the new film coming to these shores on December 17 (argh, so excited!) there's a new Star Wars: Battlefront hitting the shelves on November 19. It's already had a successful beta phase, as well as being popular on EA's Early Access service, and if anything is going to come out on top in the yearly sales charts it's got to be a Star Wars game.

Does FIFA 16 let you be Darth Vader? No. Does CoD let you fly the Millenium Falcon? No. Does Fallout 4 let you blow a Stormtroopers face off? Well, maybe…

Fallout 4 wasn't the only big title released last week. Lara Croft's latest outing in Rise of the Tomb Raider debuted on the same day as the post-apocalyptic RPG.

Despite reportedly disappointing day-one sales, the platform-exclusive title has still managed to sneak into the No. 4 spot in the latest game charts. That's pretty good going for a title only released on the weakest format in terms of the installed user base.

Though whoever came up with the idea of going head-to-head on the release date with one of the most anticipated games of the year is probably not feeling super-smart right now...3