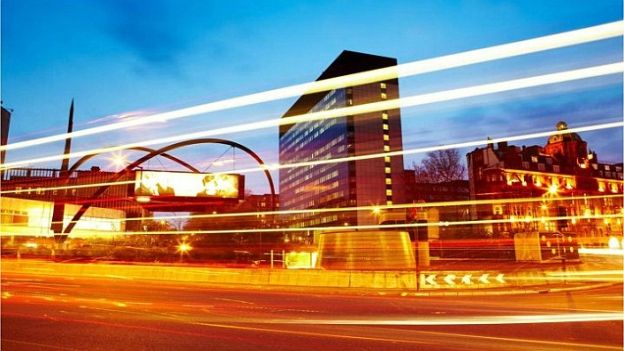 EE's 300Mbps 4G mobile network gives selected companies in Tech City privileged access to the network ahead of its commercial rollout next year.

It runs on a technology called 'carrier aggregation' which allows mobile signals to be carried across different spectrum simultaneously. EE will use 20MHz of 1800MHz and 20MHz of 2.6GHz spectrum to provide its 'LTE-Advanced' service.

The pioneering partnership will provide Tech City's 1,300 start-ups, small business and entrepreneurs with exclusive EE packages and expert mentoring. EE hopes the deal will enable them to better grow and compete on the global tech stage.

Prime Minister David Cameron, who launched the partnership yesterday, said: “We are competing in a global race and I am absolutely determined to make Britain the best place in the world in which to start and grow a business. The world of business is changing rapidly and one of the most promising opportunities for new jobs and growth lies within a new wave of high growth, highly innovative digital businesses”.

The network operator spent £3.7m over a six month period to boost existing network coverage in Tech City, the first area in the UK to receive double-speed 4G when EE launched it in July.

EE also confirm that Boxpark Shoreditch – the world's first pop-up mall – is one of the first companies it is partnering with in order to bring its network innovations to the highstreets of Tech City.

In 2014, EE will be delivering superfast 4G to Boxpark's independent retailers and their consumers, bringing the Boxpark Marketplace experience to life on-line and in-store. They will be among the first to use EE's 300Mbps service – creating one of the most advanced shopping experiences in the world.

Olaf Swantee, CEO of EE, said: “By pioneering 4G innovation in the UK, we want to help British businesses switch on and start up. That's why we've partnered with Tech City to deliver superfast services to some of the UK's brightest new companies”.

Throughout 2014, EE plans to launch similar partnerships to support tech communities across the UK.