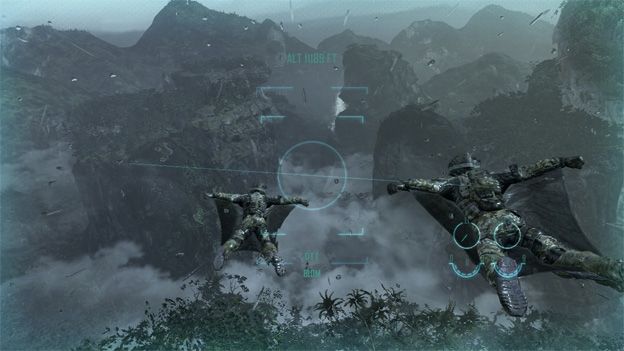 Call Of Duty: Black Ops 2's head writer, David S Goyer, says that he had ideas for the game that could only be fulfilled with the next generation of consoles

Call Of Duty: Black Ops 2 may be in the stores, but head writer on the game, David S Goyer – the scribe behind The Dark Knight and Blade franchises – says his ambitions for the game remain slightly unfulfilled. In an interview with T3, Goyer said he had ideas for the game that couldn't be realised on current gen tech.

“One of the reasons I think Dave (Anthony Head of Story on Black Ops 2) and Mark (Lamia, Treyarch Studio Head) like me is that I come from the gaming industry sort of sideways, so I challenge the ways they do things, said Goyer. “When I brought up ideas they said no to, I asked why it couldn't be done and they gave me a technical reason as to why we couldn't do it. So I'd go, 'well, isn't there a technical workaround'?”

“At one point I suggested an idea and they went “what? How would that work?” We explored it for four months and [in the end] we couldn't get the box to do it. Maybe on the next [game] we will, who knows?”

When pressed on whether his idea would work on a next-gen machine, Goyer said, “well, as it turned out, only a next gen console could do what we wanted here, so we'll see.”

As to what this idea was? Goyer was tight-lipped. “I don't want to say,” he said, “somebody might steal it.”