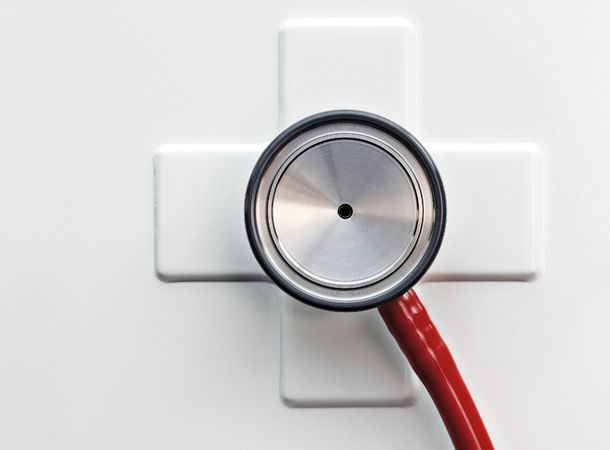 Considering human beings see in three dimensions without the help of unstylish glasses, there's been a surprising amount of concern about 3D TVs and movies. Sony and Samsung have tucked away health warnings in online terms of service for some of their 3D-ready technology with dizziness, nausea, involuntary muscle twitching and seizures among the possible consequences cited for prolonged exposure to it.

But while anyone who saw Piranha 3D or Resident Evil: Afterlife will see a licker of truth in that, experts aren't convinced.

“Our eyes are actually very good at concentrating on something like 3D,” says Dr Rob Hogan, past president of the College of Optometrists. Hogan's bigger concern is that not everybody is getting the full immersive experience, with anybody who has a squint or lazy eye unlikely to perceive the effect.

“Even for the rest of us there are issues because most of us have one eye that's stronger than the other. Until prescription 3D glasses become commonplace that won't go away, but I've seen no evidence to suggest that just watching 3D causes any of these.”

Could gadgets make me infertile?

A hot scrotum is an unhappy scrotum. It is believed that testes hang outside of the body because they do their best work a couple of degrees lower than body temperature.

For this reason, research has been carried out into the effect carrying a phone in your pocket all day or spending hours with a hot laptop could affect your, ahem, “lap”.

One study from the Cleveland Clinic Foundation in Ohio found that men who use phones for more than four hours a day had fewer sperm and that those they did have were lazy swimmers. “There is also evidence that using a laptop on your lap can increase the temperature of a man's scrotum,” says Dr Allan Pacey, an andrologist at the University of Sheffield. “But there is no evidence that I am aware of that this affects sperm counts.”

Pacey concedes that lab results are often far removed from what might happen in real life. If you're still fretting – and are unable to work at a table – try using your laptop while sitting cross-legged with your legs spread apart. Research from Stony Brook University in New York found that this leads to a downstairs temperature saving of almost a degree.

Either way, don't panic, says Pacey. “Male fertility is largely set by genetics and what happened to a male before he was born. Any man facing fertility problems might be advised to avoid heat and radiation from phones but there's no evidence that such exposures will reduce the chances of being a father.”

Can apps make me fit?

Death and disease? Yes, there's an app for that. Several in fact.

For instance, if you're worried an outbreak of swine flu or legionnaire's disease is brewing up the road, download HealthMap from the App Store. It uses Google Maps to alert you when there's any kind of outbreak in your neighbourhood.

The number of health-related apps has increased by 78 per cent since the beginning of 2010. In the mix are apps to monitor headaches, your heart rate, your blood pressure and more. They track your diet and fitness. Some even claim to measure your lung volume. But do these pocket medics actually improve your health?

“I think they're very useful,” says Bupa medical director Annabel Bentley. “Anything that gives us data and feedback and spurs us on to take a more active interest in our health is good.”

Research has shown that having access to personalised health information can trigger behaviour change. That's why there are so many weight loss and running trackers in the App Store. The only problem is that some people buy an app and think it will sit in their pocket and magically reduce their cholesterol or drag them out running.

The authors of a report called Mobile Health 2010 warn that apps that require constant updating and interactivity see a sharp drop-off in use. But while your iPhone should never replace your GP, the two can work together. “If you use apps to measure different aspects of your health, your doctor could potentially use that info to treat you better,” says Bentley.

Resist the urge to collect friends and followers on social networking sites. The average Facebook user has 130 “friends”, usually a mixture of genuine mates, colleagues and old contacts you wouldn't recognise if you passed on the street, and according to Robin Dunbar, an evolutionary anthropologist at Oxford University, that's a pretty healthy number.

Back in 1992, Dunbar determined that the size of our brains put a cap on the number of meaningful social relationships we can realistically manage. The so-called Dunbar Number is 150.

“There's an inner layer of about I've friends,” he says. “The next layer adds another 10, then there are more layers at 50 and 150. As you go further out, the amount of time you spend socialising with those people declines.”

Dunbar says that social networking sites haven't changed the basic principles of his theory. If you're hanging on to 700 people on Facebook, chances are you only communicate a lot with a core group. The immediacy of the internet lets you keep tabs on far-lung contacts and prevent them from slipping into the outer layers of your contact book but, “the interesting question is whether you invest so heavily in those old relationships online that new relationships with people you live with at the moment suffer.”

Either way, it's worth clinging on to your friends one way or another. Research from Brigham Young University in Utah found that maintaining social bonds adds years to your life, so hold off on that Facebook cull for now.

Do satnavs cause accidents?

A 2008 survey by Direct Line claimed that almost 300,000 Britons had been
involved in road accidents where a satnav was implicated.

Tabloids are full of stories about drivers mindlessly heading into oncoming traffic, a low bridge or even a harbour, while the AA warns that punching in new destinations when you're cruising the middle lane can be dangerous – well, yeah. Furthermore, software that hasn't been updated can mean you're directed around older versions of the roads you're actually driving on.

In any case, it's advisable to wean yourself off the dashboard navigator for short and simple journeys – your brain will thank you for it. Researchers from University College London scanned the brains of London cabbies and found their hippocampus, the part of the brain involved in navigation, is a thicker slab of muscle than most of
us have.

“The hippocampus is crucial for navigation and we use it like a satnav,” says Dr Hugo Spiers, who carried out the research. “London taxi drivers, who have to know their way around hundreds of thousands of winding streets, have the most refined and powerful innate satnavs, strengthened over years of experience.” So put the computer away – you'll still reach your destination and it might make it less likely you reach your Final Destination, if you catch our drift…