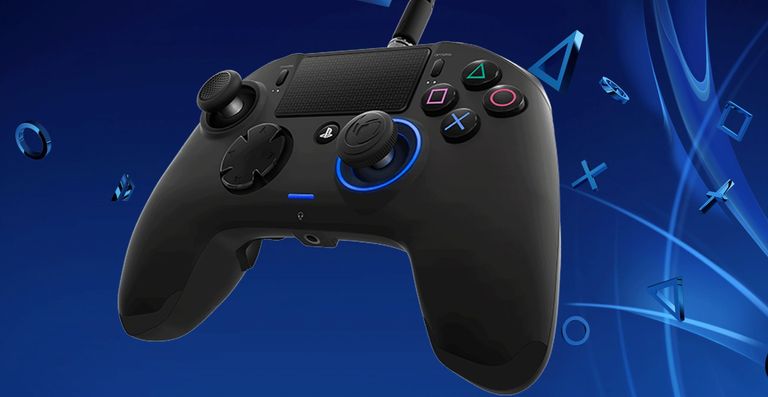 With Christmas only around the corner, there isn't much time left to think about what to buy that PlayStation-obsessed person in your life. Well, worry no more, because T3.com has you covered with a treasure trove of products guaranteed to put a smile on their face.

From console upgrades and VR games to eSports-ready controllers and force feedback wheels, we've got everything you could possibly want to find wrapped under the PlayStation-themed tree this Christmas...

Upgrade to the most powerful PlayStation yet

Sony has proved PlayStation 4 is the one true king of the current generation, but what happens when you take that winning formula and pump it full of steroids? You get PlayStation 4 Pro, in all its 4K/HDR glory. Now with 1TB of storage as standard, the new console iteration now has added processing and GPU beef to help it run your games at higher resolutions with increased framerates.

It's also able to support the extra grunt needed to smoothly run PlayStation VR, so if you're looking to add a virtual reality dimension to your gaming an upgrade to PS4 Pro is recommended. With the power to scale up to 4K and use of HDR, your games will look better than ever. Especially if you've got a decent 4K/HDR ready TV.

Sitting in the gulf set between the entry-level accessibility of Cardboard/Galaxy VR and the high-end power of Oculus Rift/HTC Vive, PlayStation VR can work with both PS4 and PS4 Pro consoles. Without the need to invest in an expensive PC, PSVR offers access to some of the best interactive entertainment money can buy, including Resident Evil 7: Biohazard, Dirt Rally VR and Skyrim VR.

You can use it with your DualShock 4 controller or invest in one or more PS Move controllers - either way, you should be able to play every game available on PSN that's been built with VR in mind. It's also one of the most comfortable headsets out there, making it ideal for long, immersive sessions.

Shout at dragons in the glory of VR

+Experience the full action-RPG adventure in VR+Melee, spells and archery via motion controls
£11.99
View at CDKeys
£17.89
View at Amazon
£29.99

It might be a six-year-old game, but as one of the greatest action-RPGs of all time Skyrim has proved to be a perfect fit for PSVR. Not only does it run smoothly on PS4 Pro (thanks to that extra performance under hood), but with full motion controls and the ability to do EVERYTHING you can do in other versions of the game, you've got an immersive experience like no other.

Designed to use the game's first-person perspective, you can use motion controls to swing your axe, cast spells and pull arrows back to down that pesky snow troll from a safe distance. You also get access to the Dragonborn, Dawnguard and Hearthstone add-ons, ensuring you're getting hundreds of hours of gameplay in the one package.

One of the best looking games of 2017

Having taken an extra year of development time (breaking the annual AC release schedule for the first time since 2009), Assassin's Creed has been given a soft reboot, dialling back the clock to Ancient Egypt and finally streamlining its myriads elements into one brilliant package.

Combat has been overhauled to make swordfights far more intuitive, stealth has been updated to make quiet kills far more rewarding and its open-world is full of secrets, quests and tombs to explore. It looks beautiful running on a vanilla PS4, but spin it up on your PS4 Pro and you've got an even smoother and more vibrant window into the latest AC adventure.

The grandaddy of racing games returns

After four years of absence - in which Xbox One's stellar Forza series has taken the driving sim lead - Gran Turismo returns with GT Sport. The new addition to the series has chosen to move away from the pure simulation of yesteryear and towards a more arcade-style racing format.

The more realistic physics are there if you really want to test your skills on the track in some of the best real-life sportscars out there - but the inclusion of more forgiving arcade rules make this an ideal purchase for both novice racers and veterans drivers. GT Sports features 177 different cars to choose from and even comes with a special Tour mode that's compatible with PlayStation VR.

A versatile headset that looks as good as it sounds

There are plenty of great headsets out there to choose from when it comes to gaming, but which one is right for you? The new Arctis 3 Bluetooth is an ideal choice, offering a clear audio signal, Bluetooth connectivity for third-party chat apps and an affordable price point.

Designed to work with PS4 and PS4 Pro (as well as supporting use with PC, Xbox One and Nintendo Switch), the Arctis 3 Bluetooth packs in a ClearCast mic for ensuring your party chat (or your streaming VO) never gets distorted and ultra-low distortion thanks to some in-built S1 speaker drivers. So whether you're looking to get into Twitch streaming, or simply want to enjoy a little party chat over Xmas, this is the headset for you.

Take your DualShock beyond PS4...

If you're a seasoned PlayStation devotee, you'll likely have grown very fond of your current-gen pad. But what if you want to use said controller on a different platform? For those wishing to keep their DualShock 4 in play while playing on PC or Mac, then Sony has the officially licensed adaptor for you.

With this clever little gizmo you can use your controller to play games streamed to your computer through applications such as PS4 Remote Play and PlayStation Now - you can even use it to play games on PC delivery platforms such as Steam (if you make the right changes in your settings). You can utilise every feature of the pad, including buttons, analog sticks, touchpad, light bar, motion sensors, vibration and stereo headset jack.

With Project Cars 2, Need For Speed Payback and the newly arrived Gran Turismo Sport, the racing game genre is still alive and well on PlayStation. So to ensure you're giving your virtual cars and proper spin, invest in a state-of-the-art force feedback wheel from Thrustmaster. The T150 model offers a realistic 11-inch/28 cm wheel, two wheel-mounted sequential paddle shifters and adjustable Force Feedback so you feel every detail while you're racing.

The wheel comes with a versatile rotation angle that's adjustable from 270 to 1080 and has internal memory and upgradeable firmware to ensure its compatible with all the latest racing titles. It's also not going to break the bank, making it a great gift idea this holiday season.

A pad for the aspiring eSports player

ESports is becoming one of the fastest growing sports in the world, so if you know someone who's really good at Call Of Duty or FIFA, why not make their Christmas with this slick new pad? The Revolution Pro Controller, which T3 reviewed in detail, has been designed and developed with the help of actual pro eSports players to ensure it has the best feel, features and functionality for competitive play.

With an upgraded stick for added comfort and precision, a D-pad with four extra large wings for improved control - and four buttons on the back to add shortcuts - the Revolution Pro Controller is a genuine upgrade from the original DualShock 4 pad and rivals the Xbox One's Elite controller for high-end performance.

Using the PS Move controller to track motion controls in-game, the PS VR Aim Controller enables you to take down your targets with deadly accuracy while immersed in the realm of VR. The tactile controller looks like a proper rifle in-game, while vibration feedback immerses you further into the action.

The controller comes bundled with Farpoint - a new survival shooter exclusive to PS VR. Marooned on a mysterious planet, engage hordes of alien creatures with weapons ranging from plasma rifles to shotguns. And bring the virtual scope up to your eyeline to aim for incredible first person precision.

Art for the Players: The official colouring book from PlayStation

Chill out while staying on brand

Colouring books for the adult market are still all the rage, and with all of us due some much needed time off this holiday season, there's never been a better time to break out those pencils and get shading. This officially licensed book from Sony includes tons of your favourite characters from over the years, including adventurer-cum-heartthrob Nathan Drake, platforming hero Ratchet and machismo murderer Kratos.

A total of 16 games have been included, and each illustration includes its full-colour original at the back so you can reference the real colours if you're looking to emulate the real thing or simply use it as a point of reference. An ideal stocking filler for the PlayStation fan in your life.